Death toll from floods in Germany rises to 133 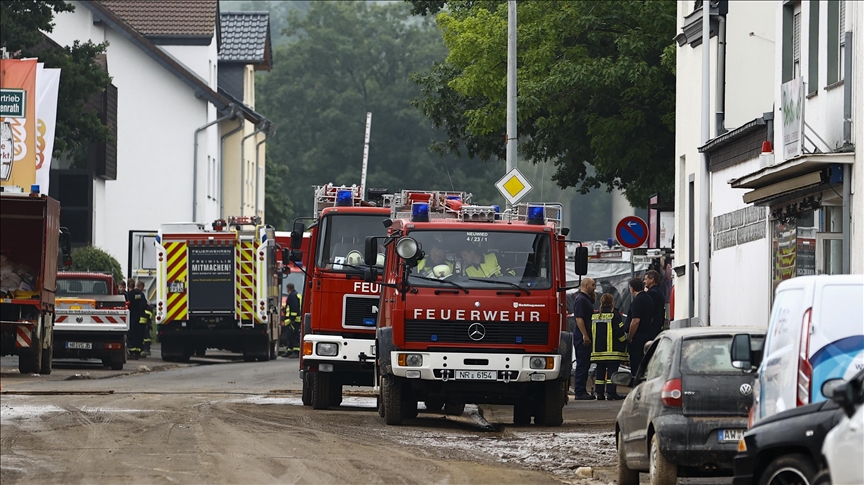 At least 133 people have so far been killed in floods in western Germany, officials confirmed Saturday, Anadolu Agency reported.

More than 90 people lost their lives in the hard-hit Ahrweiler district of the Rhineland-Palatinate state, the Koblenz Police Department said in a statement. The death toll is feared to rise.

It also reported 618 injuries due to floods.

In the neighboring North Rhine-Westphalia state, officials have confirmed 43 deaths.

Germany's worst floods in more than 200 years have swept away homes, caused widespread devastation in various towns and villages in the western regions.

The police statement also added that there was still no electricity in many places in the region and telephone lines were not working while streets remain closed.

The Turkish-Islamic Union of Religious Affairs (DITIB) launched a donation campaign for those affected by the flood disaster.