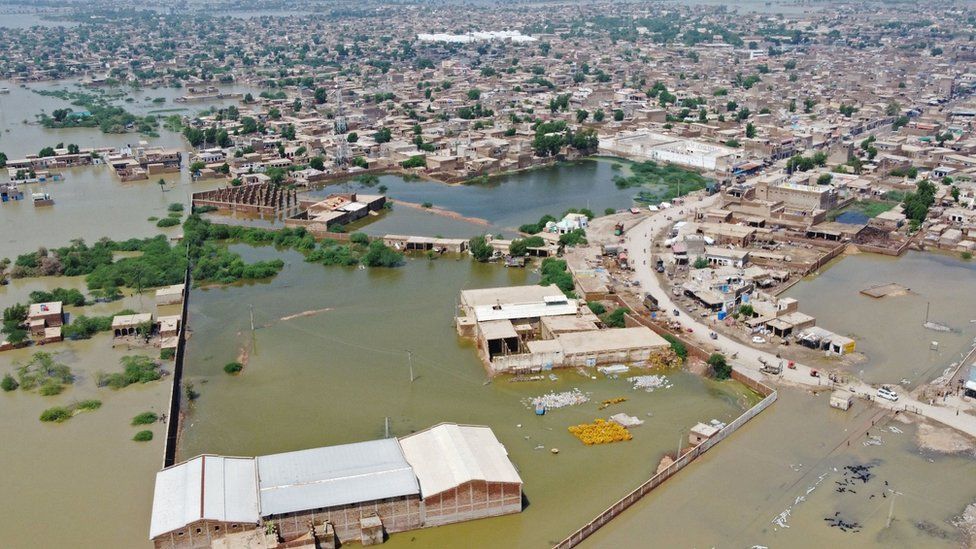 The death toll from devastating floods across Pakistan jumped to 1,481, with 54 fresh casualties, including 18 children, in the past 24 hours, official statistics showed on Wednesday, News.Az reports citing Anadolu Agency.

Of the fresh fatalities, 44 were reported from the southern Sindh province, whereas eight people lost their lives in flood-related mishaps in southwestern Balochistan and two in Azad Jammu and Kashmir, the country's National Disaster Management Authority (NDMA) stated.

A total of 638 people have died in Sindh since June 14, followed by 303 in Khyber Pakhtunkhwa, and 278 in Balochistan, according to the NDMA.

It said 191 people have died in the northeastern Punjab province, 48 in Azad Kashmir, and 22 in Gilgit Baltistan.

Since June 14, a total of 12,748 people have been injured in the rain and flood-related incidents across the country.

So far, 1.75 million houses have been damaged, including 569,800 completely destroyed, while 908,137 livestock have perished, according to the authority.

Monsoon season in Pakistan, like in other countries in the region, usually results in heavy rains, but this year has been the wettest since 1961.

Currently, one-third of the country is under water as the massive rains and melting glaciers have caused the country’s main Indus River to overflow, inundating vast swaths of plains, and farms.

Destructive rains and floods have also washed away 12,418 kilometers (7,716 miles) of roads, 390 bridges and buildings across the South Asian nuclear country, which is already grappling with political and economic turmoil.

Over 33 million of the country's approximately 220 million population have been affected by the raging floods, causing a staggering loss of around $30 billion in damages to an already weakened infrastructure.

Almost 45% of the country's cropland has already been inundated by the floods, posing a serious threat to food security and further adding to the already skyrocketing inflation.

Hundreds of thousands of displaced people are also dealing with outbreaks of waterborne, skin and eye diseases, with health experts warning of a higher number of deaths from diarrhea, gastrointestinal, typhoid, malaria dengue, and other infections than from rains and floods.