Death toll from floods in Pakistan rises to 1,061 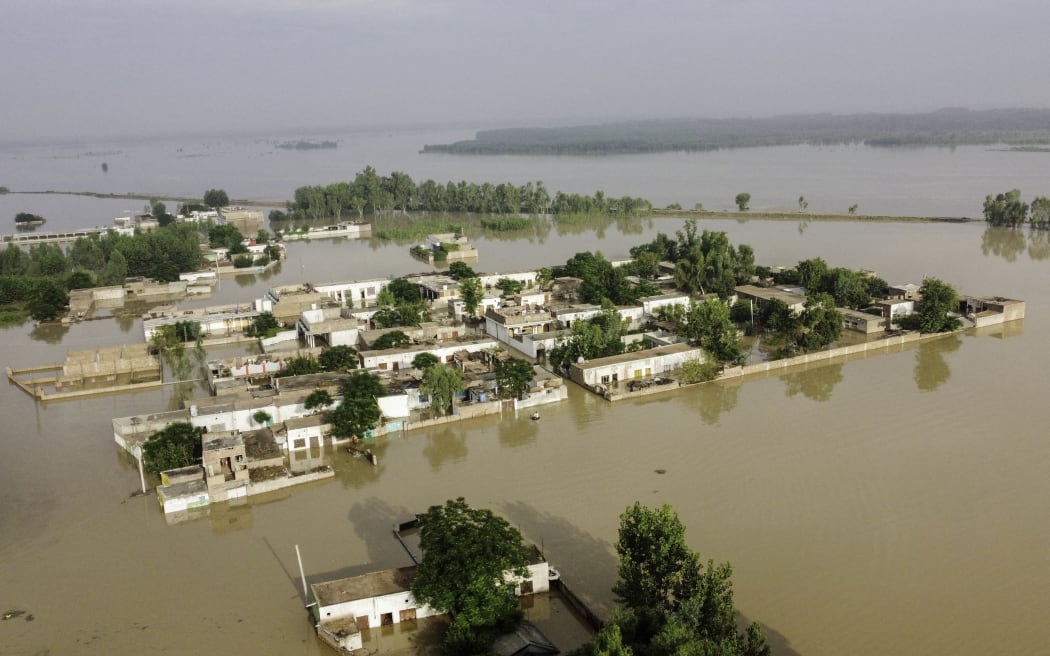 With another 10 deaths over the past 24 hours, the overall toll from massive floods caused by unprecedented monsoon rains across Pakistan reached 1,061, an official said on Monday, News.Az reports citing Anadolu Agency.

Speaking to Anadolu Agency, an official from the country's National Disaster Management Authority (NDMA) said the death toll has jumped to over 1061, adding hundreds of people are still missing. He feared a further rise in casualties.

Most of the deaths were reported from northwestern Khyber Pakhtunkhwa and southern Sindh provinces, which have been badly hit by the flooding, the NDMA said.

Over 1,527 people have been injured in the rain and flood-related mishaps, the authority said, adding over 719,000 livestock animals were also lost.

Rescue workers backed by army troops scrambled across Khyber Pakhtunkhwa to rescue hundreds of marooned people as southern Sindh province expects another spell of floods from the Indus River within the next couple of days.

The army helicopters rescued another 33 tourists trapped in the mountains of scenic Kumrat valley of Khyber Pakhtunkhwa, the military said in a statement.

In an encouraging development, the water level in the Kabul River has decreased, but it's still within the range of a medium flood.

Speaking to the media on Sunday, Climate Change Minister Sherry Rehman said some 33 million Pakistanis have been affected by the ongoing rains and floods.