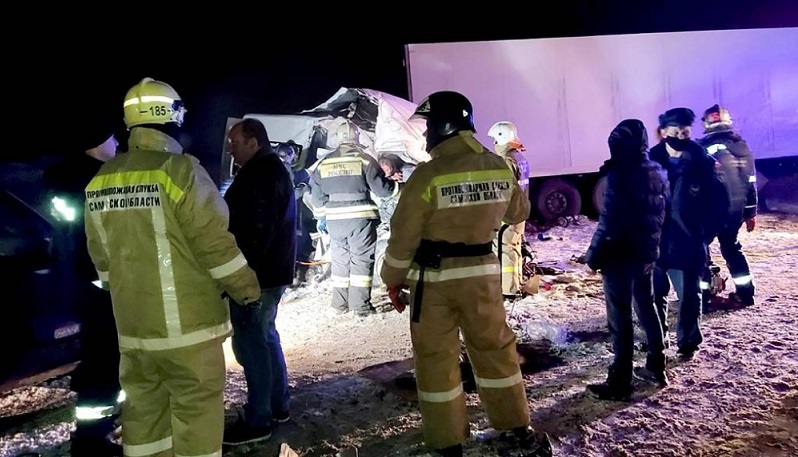 One more person has died after a road accident that killed ten and injured 15 in Russia’s Samara region, the region’s governor Dmitry Azarov said, TASS reported.

"As of now, the accident has claimed eleven lives: ten people died instantly and one more died in hospital. In all, 24 people were hurt. All of them were taken to the hospital. Three are being operated," he said on his Instagram account.

The accident involving a truck, a car, and a passenger minibus occurred on the M-5 Ural highway near the village of Zaborovka, Samara region, on Friday evening. A criminal case was opened on charges of the traffic rules violation.

According to preliminary data, the accident was provoked by a bus driver who was making an overtaking maneuver. The driver was among those killed in the crash.