Death toll from US wildfires rises to 33 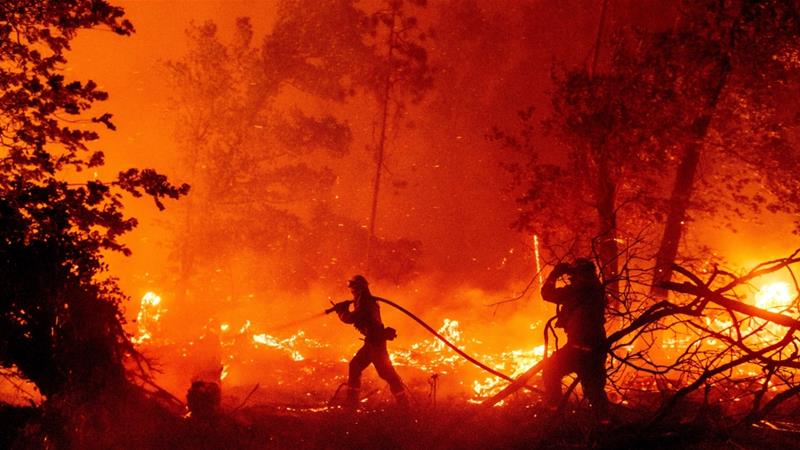 At least 33 people have been killed in wildfires that are raging along the US West Coast, according to multiple reports Sunday.

In California, where 3.3 million acres have burned so far this year, 22 people have been confirmed dead, according to the state's Cal Fire agency.

A total of 4,716 structures were damaged or destroyed in California as a result of more than 7,700 fires, said the agency.

Ten people were killed in Oregon and one in Washington state.

"So many structures were lost. There are going to be a number of fatalities, folks who just couldn't get warning in time and evacuate their homes and get to safety," Phelps told MSNBC.

The fires in Oregon have driven tens of thousands of people from their homes and dozens of people are still missing.

On Monday, President Donald Trump is scheduled to visit California to be briefed on the wildfires.