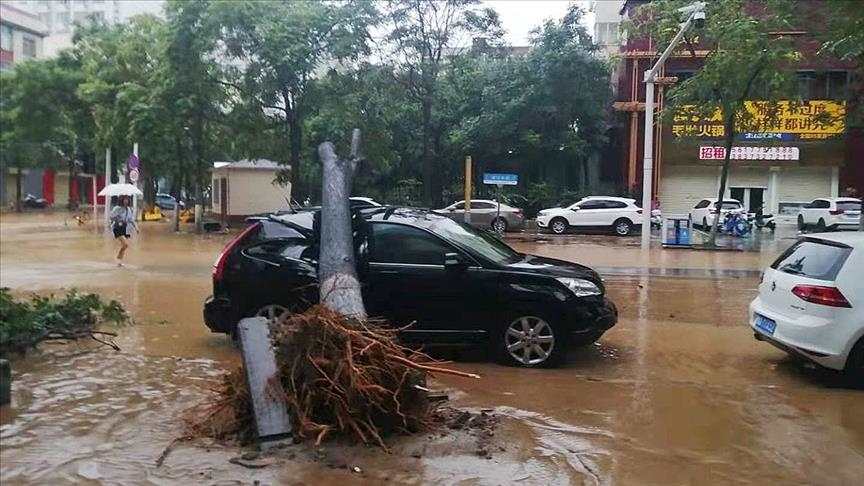 The death toll due to floods in China has risen to 33 while eight others are still missing, Anadolu Agency reported.

Local emergency management in the central Henan province said on Thursday that a total of 376,000 people have been transferred to safer places, Chinese daily Global Times reported.

Authorities said the affected area of crops is around 215,000 hectares while causing economic loss of about 1.22 billion yuan ($188 million).

More than 1.2 million people have been affected by the flood.

Rains caused rivers to burst their banks and flooding streets in several cities in the region.

According to the Zhengzhou Meteorology Bureau, 617 millimeters (over 24 inches) of rain has been recorded in the region, the highest in 60 years.