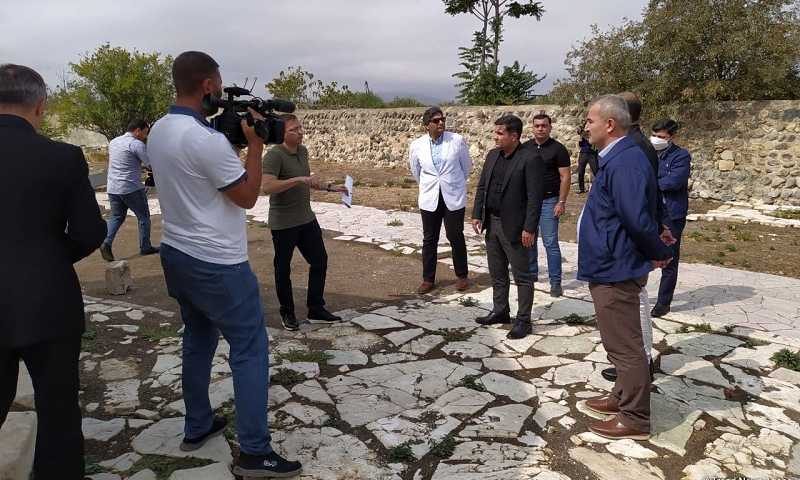 A delegation of the Independent Permanent Human Rights Commission of the Organization of Islamic Cooperation (OIC) has arrived in Azerbaijan’s Aghdam district, liberated from the Armenian occupation.

The delegation members will review the situation in Aghdam and then will visit Tartar and Ganja cities to see the consequences of the Armenian Armed Forces' missile attacks on these cities during the second Armenia-Azerbaijan Karabakh war.

Another international delegation is on an official visit to Azerbaijan to investigate the facts of Armenia’s crimes in the Azerbaijani territories during the occupation.

The delegation consisting of experts and headed by the chairman of the OIC Independent Permanent Human Rights Commission is investigating the war crimes committed by Armenia against Azerbaijan, assessing the facts of the destruction of cultural monuments and the consequences of the committed ecological terror.