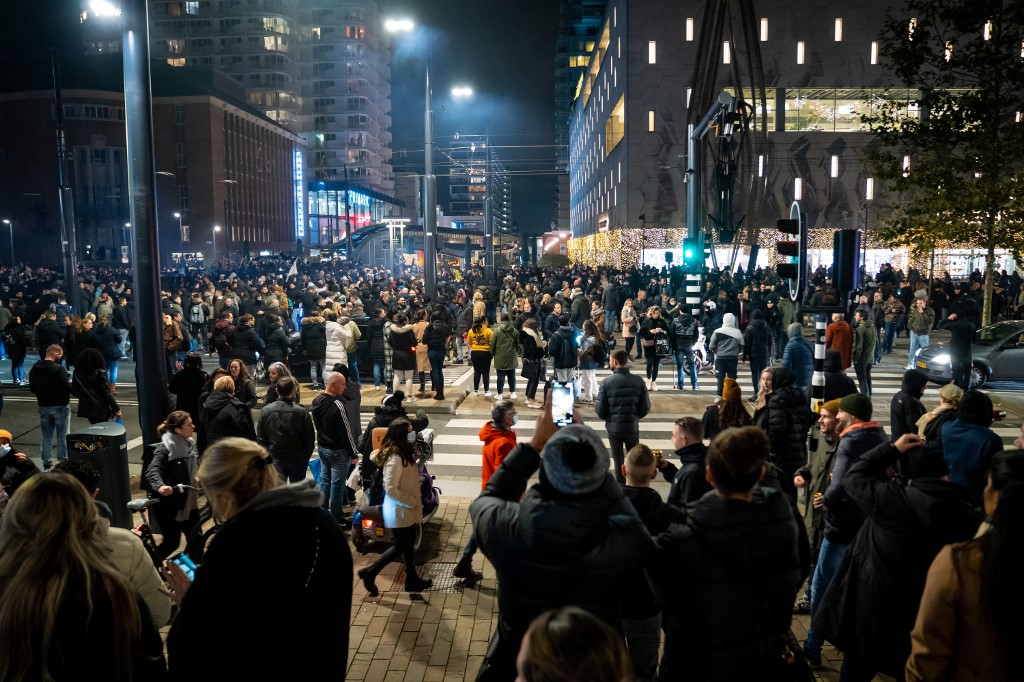 Some 48 people were arrested Sunday after a second night of violent riots over coronavirus measures in the Netherlands, Dutch police said.

The two nights of unrest in a number of cities came a week after the Dutch government went into a partial lockdown over a surge in cases.

In The Hague on Saturday night, officers in riot gear charged demonstrators who set fire to bicycles and an electric moped piled in the middle of a busy intersection.

"The police were also pelted with heavy fireworks and stones thrown from roofs," police said in a statement, adding that water cannon was used to put out the fire.

"Officers made a total of 19 arrests for, among other things, insult."

Five police officers were injured during the unrest while a rock thrown by rioters smashed the window of a passing ambulance carrying a patient, police said.

Thirteen people were arrested in separate riots in the towns of Stein and Roermond in southern Limburg province after fireworks were thrown at officers, police said.

Police also made 16 arrests during clashes in the "Bible Belt" town of Urk, where vaccination rates are very low due to conservative Protestant beliefs, local media said, quoting police.