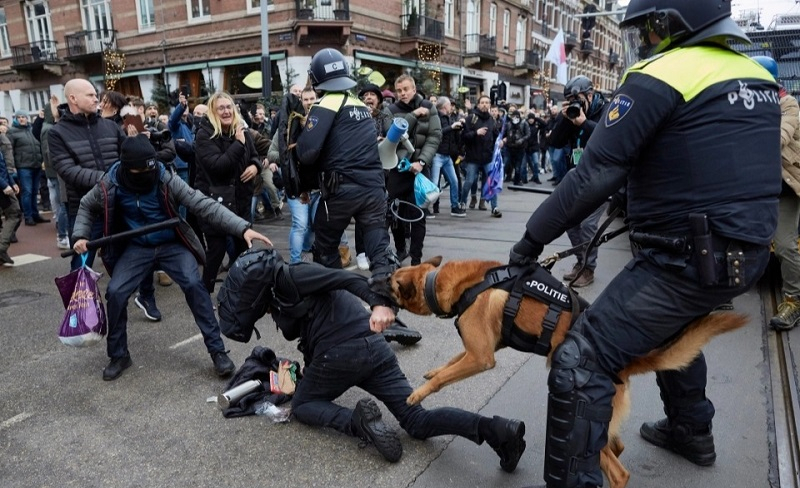 On Sunday, people gathered in Amsterdam, Netherlands, to protest against COVID vaccine measures.

Police attempted to break up thousands of Dutch demonstrators, a majority of who were without masks and disregarded social distancing standards. As per the reports of Daily Mail, the local government banned the protest due to fears that some demonstrators might show violence.

The cops sent in dogs to help officials put an end to the protest. A video circulated on the internet where one man attempted to flee a police dog that bit his hand. People were outraged on the internet, calling it the brutality of the police against peaceful protesters. One person stated "This is Amsterdam, Netherlands, where the government banned protests and are using the police to attack protestors."

The protest occurred on the same day that Dutch police announced that they would take action over the protest, according to Daily Mail. The police issued a statement saying that at least 30 people were detained during the protest in which four officers were hurt.

On December 19, the Netherlands entered a state of lockdown. The government has ordered the closure of all places except essential stores, as well as restaurants, hairdressers, gyms, museums and other public areas, until at least January 14. Public gatherings of more than two people are also now illegal under the current set of regulations.