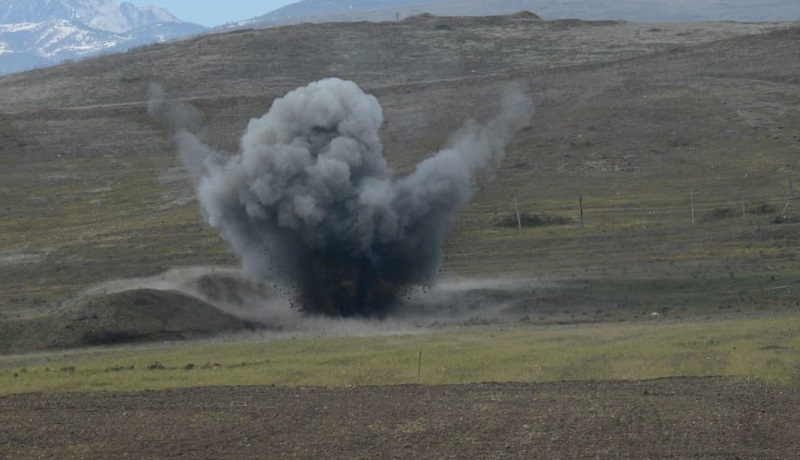 On August 2, at about 10:00, the Fuzuli District Prosecutor’s Office received information that three employees of a local demining company were injured in a landmine explosion in the district’s Garakhanbeyli village.

The prosecutor's office told News.Az that Yadigar Shukurov, born in 1990, Rovshan Alizade, born in 1991, and Gylman Huseynov, born in 1976, were blown up by anti-personnel mine while carrying out demining work in the specified territory. As a result, Shukurov and Alizade received bodily injuries of varying severity. Huseynov's right leg was amputated in the hospital.

Employees of the prosecutor's office examined the scene, a forensic medical examination was appointed, and other procedural actions were performed.

The prosecutor's office has launched investigation into the incident.