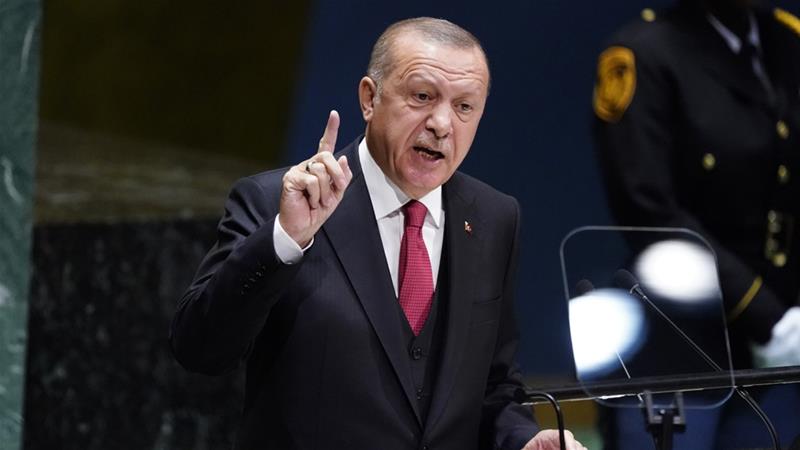 Turkey may suspend its diplomatic relations with the United Arab Emirates, or recall its ambassador, President Recep Tayyip Erdogan said Friday, in response to the UAE's recent deal with Israel, Daily Sabah reports.

Erdogan told reporters that the UAE’s controversial deal with Israel is problematic and that Turkey stands in solidarity with Palestinian people.

“I have given the necessary instructions to my Foreign Minister. We may either suspend diplomatic ties or recall our ambassador because we stand with the Palestinian people. We have not let Palestine be defeated, or let it be defeated,” Erdogan said.

The president continued by saying that Saudi Arabia has also been taking wrong steps in the region, as he also criticized Egypt for cooperating with Israel and Greece.

Earlier on Friday, the Turkish Foreign Ministry condemned the UAE-Israel deal for betraying the "Palestinian cause."

Israel and the UAE have agreed to normalize relations, U.S. President Donald Trump announced Thursday, in a deal which includes Israel's pledge to "temporarily" postpone its annexation plan.