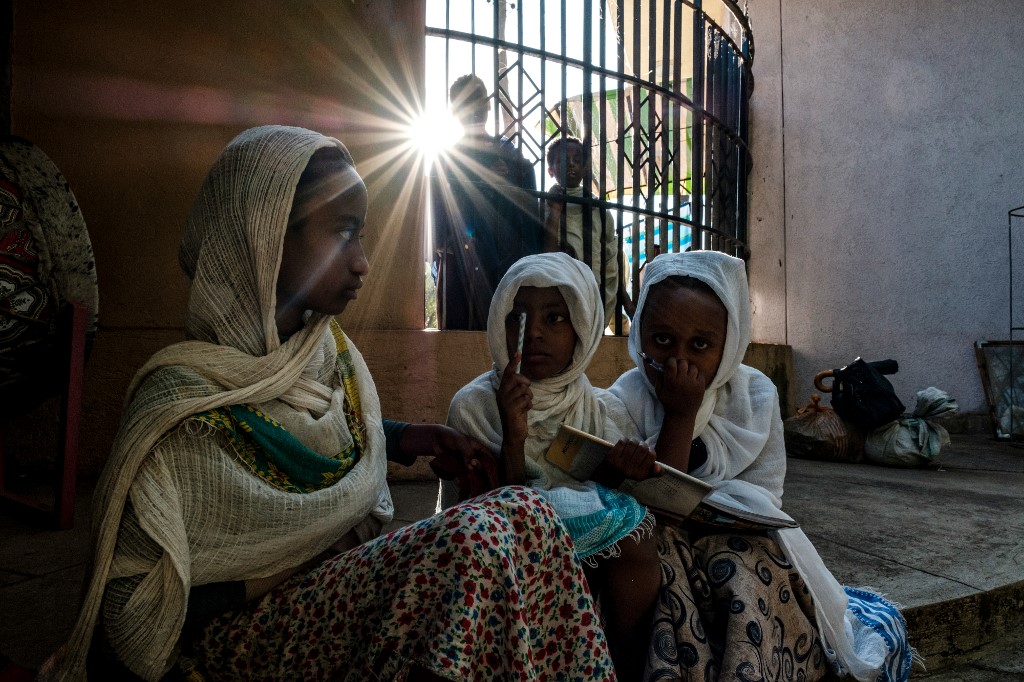 The outbreak of conflict in Ethiopia's Tigray region has left some 2.3 million children in urgent need of assistance and thousands more at risk in refugee camps, the UN children's agency said Friday.

Tigray has been rocked by bloody fighting since November 4, when Ethiopian Prime Minister Abiy Ahmed announced the launch of military operations against the regional government.

The move was a dramatic escalation of a long-running feud between the federal government and the Tigray People's Liberation Front (TPLF), the region's ruling party,which dominated Ethiopian politics for nearly three decades before Abiy took office in 2018

Hundreds of people have been killed in the fighting, and thousands have fled across Ethiopia's northern border into neighbouring Sudan.

"Inside the Tigray region, restricted access and the ongoing communication blackout have left an estimated 2.3 million children in need of humanitarian assistance and out of reach," UNICEF executive director Henrietta Fore said.

The agency estimates that "some 12,000 children – some of them without parents or relatives – are among those sheltering in camps and registration centres and are at risk."

Many of the makeshift camps set up in Sudan are overcrowded and refugees have been struggling with unsanitary conditions, limited access to water, and food.

The UN agency said it has sought to provide urgent assistance and life-saving support for children living in "extremely harsh" conditions in the camps.

Fore urged all parties to the conflict to allow humanitarian access, and refrain from using explosives in densely populated areas.

"Every effort should be made to keep children out of harm's way, and to ensure that they are protected from recruitment and use in the conflict," she said.