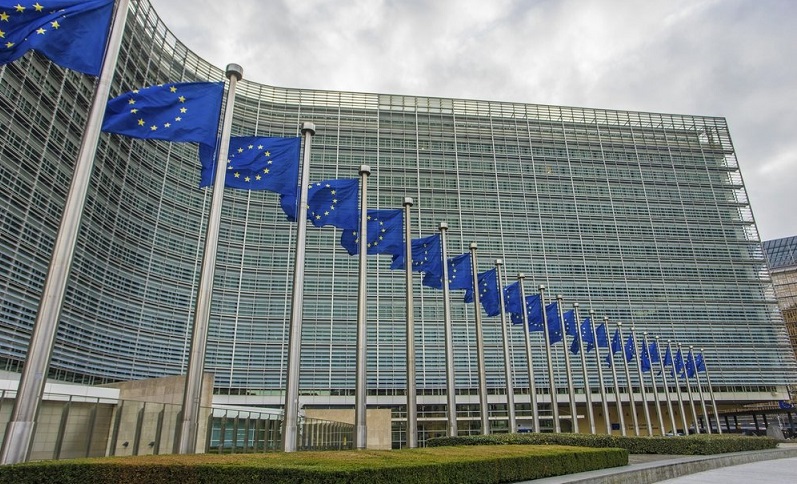 The European Union will look for ways to end its vaccine struggles at a summit Thursday, as a COVID-19 surge takes the death toll in Brazil past 300,000.

EU leaders were expected to meet via videoconference on Thursday to discuss AstraZeneca supplies, as well as new vaccine export rules that will weigh how needy countries are in terms of infection rates, how many jabs they have, and how readily they export doses to the bloc.

The talks come as Germany, France, Belgium, Austria and the Netherlands tighten restrictions to control surges in cases. Mass vaccination programs are considered vital to ending the pandemic, which has claimed more than 2.7 million lives around the world, hammered the global economy and left much of humanity under punishing restrictions.

AstraZeneca and Oxford University's COVID-19 vaccine has been at the center of a growing supply row between Brussels and London after a string of delivery setbacks in Europe. The company said on Wednesday that some 29 million doses of COVID-19 vaccine found in a plant in Italy were destined for the EU and for donations to poorer countries via the COVAX scheme co-led by the World Health Organization (WHO).

Britain, which has raced ahead with its immunization drive, is seen as one of the targets of the new export rules after a bitter spat over vaccine supplies. U.K. Prime Minister Boris Johnson warned that the EU risked long-term damage to its reputation if it imposed "a blockade."

The AstraZeneca shot was hailed as a breakthrough because it is cheaper and easier to store and transport compared with other vaccines. But beyond production and supply issues, it has faced other challenges that have dented confidence.

AstraZeneca was forced to review its U.S. trials and then slightly revise down the jab's efficacy from 79% to 76% after an American agency raised concerns about outdated information. Top U.S. infectious disease expert Anthony Fauci had said the discrepancy was a "bump in the road" and that data would show it is "a good vaccine."

Where the EU vaccine rollout has stuttered, there has been huge progress in the United States – the world's worst-hit nation. Around 70% of Americans aged 65 or over – more than 38 million people – have received at least one dose, and hospital admissions for COVID-19 in that group are down 85% since early January.

But the pandemic threat is far from over, illustrated by the recent decision to bar overseas fans from the already delayed Tokyo Olympics. The torch relay for the Games got off to a low-key start Thursday and organizers hope it will build excitement.

Governments are trying to ramp up vaccinations, racing against the virus which is surging once again in many parts of the world. Brazil's COVID-19 death toll passed 300,000 on Wednesday, the second-highest number of fatalities in the world, with its hospitals pushed to the brink. At a demonstration in Rio de Janeiro marking 300,000 virus deaths in Brazil, protesters held signs that read "Shame" and laid 30 roses on symbolic patient beds in front of a hospital.

Meanwhile, a smiling President Jair Bolsonaro met hundreds of supporters to pass out pieces of green-and-yellow cake in celebration of his 66th birthday. The mood was jubilant even as the country approached a bleak coronavirus milestone. Foes and allies alike are pleading with the president to change course to stem a recent surge of daily deaths. Bolsonaro this month began shifting rhetoric on the value of vaccines but continues to refuse restrictions on activity he paints as an infringement on personal freedom and still promotes unproven COVID-19 cures.

Lawmakers have been seeking ways to prevail upon Bolsonaro. As hospital systems collapse and crucial supplies run dry, four lower house lawmakers told the Associated Press (AP) their constituents are calling them his "accomplices.” Two are members of allied parties and spoke on condition of anonymity in order to speak freely.

"There is a lot of solidarity, but everything has its limit. Everything,” the house's speaker, Bolsonaro ally Arthur Lira, said Wednesday afternoon in Congress. "Congress' political remedies are known, and they are all bitter. Some, fatal.”

A prominent senator from a centrist party, who spoke on condition of anonymity in order to speak freely, anticipates the chamber opening an investigation next month. That could further damage Bolsonaro’s popularity ahead of his 2022 reelection bid. Bolsonaro has made some overtures to show he is taking the pandemic seriously – one year after he first declared it a "little flu.”

Tuesday night, hours after Brazil posted a single-day record, he delivered a national address to blame variants for the virus’s more aggressive spread and to defend his administration’s actions to ink deals for more than 500 million vaccine doses.

"We will make 2021 the year of vaccination,” said Bolsonaro, who until recently cast doubt on some vaccines’ efficacy while outright rejecting offers from some producers. Most vaccines his health ministry has secured will only reach Brazilian arms in the second half of 2021. His address was met with pot-banging protests in major cities, including the capital Brasilia. Earlier the same day, the nation’s fourth pandemic health minister was sworn in, a week after he was named.

Marcelo Queiroga secured the spot once the original nominee, Ludhimila Hajjar, declined the job. When interviewing for the position, Bolsonaro and one of his lawmaker sons peppered Hajjar with questions not just about contentious pandemic lockdowns, but also topics of concern to their conservative base, like abortion, according to two ministers present at the meeting, who spoke on condition of anonymity because they’re not authorized to speak publicly.

Avid Bolsonaro supporters also launched an aggressive defamation campaign against her, issued death threats and tried to sneak into her Brasilia hotel.

The choice of Queiroga, a Bolsonaro loyalist, convinced some lawmakers that the president still fails to grasp the gravity of the situation.

On Wednesday, Bolsonaro held the first-ever meeting with leaders from all branches of the federal government to coordinate efforts.

Once more, he advocated for malaria drugs that have shown no effectiveness in treating COVID-19 and didn’t propose any policies to deal with the pandemic. He also offered no update on imminent risks to oxygen supply in several states, dwindling stocks of sedatives for intubating COVID-19 patients, nor whether the federal government will resume timely reimbursements to governors for expanding hospital bed capacity. Among Brazil's 26 states and a federal district, 18 are reporting at least 90% intensive care unit occupancy.