EU lifts entry restrictions for travelers from US and other countries, regions 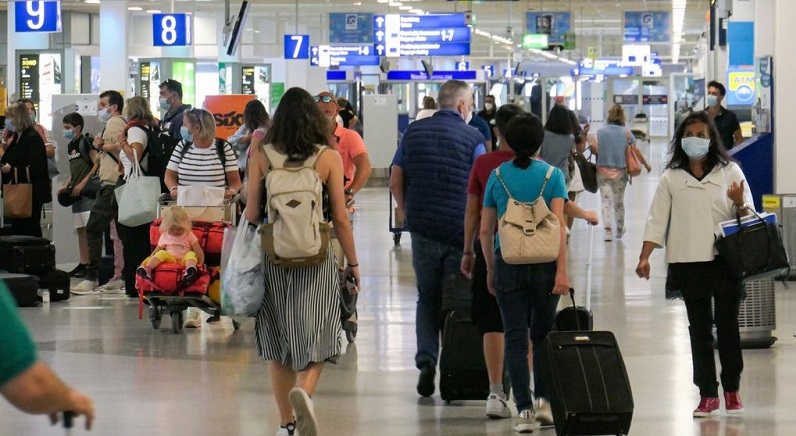 The European Union on Friday decided to gradually ease COVID-19 entry restrictions for travelers from the United States and some other countries and regions as the epidemiological situations there are improving.

The United States, Albania, Lebanon, North Macedonia, Serbia, and China's Hong Kong, Macao and Taiwan were added to a so-called "white list" of countries and regions from which non-essential travel is allowed, the 27-nation bloc announced in a press release.

Australia, Israel, Japan, New Zealand, Rwanda, Singapore, the Republic of Korea and Thailand are already on the list.

At the outset of the pandemic, all EU member states apart from Ireland prohibited non-essential travel, except for in a few circumstances. Non-EU states Norway, Liechtenstein, Switzerland and Iceland also took part in the entry ban.

The change means that people from those countries and regions should have an easier time entering the EU. However, it will still be up to individual member states to decide whether to impose additional requirements, such as a negative COVID-19 test or a mandatory quarantine period.

There is no clear indication so far that a reciprocal U.S. decision easing entry for EU travelers is imminent.

Brussels said earlier this month that it was engaged in negotiations with third countries, such as Britain and the United States, on the mutual recognition of vaccine certificates.

European Commissioner for Justice Didier Reynders said that since the U.S. does not intend to issue a federal vaccination "passport," "we have to think about other kinds of proof for vaccination or recovery or tests, but it must be possible to solve the issue."