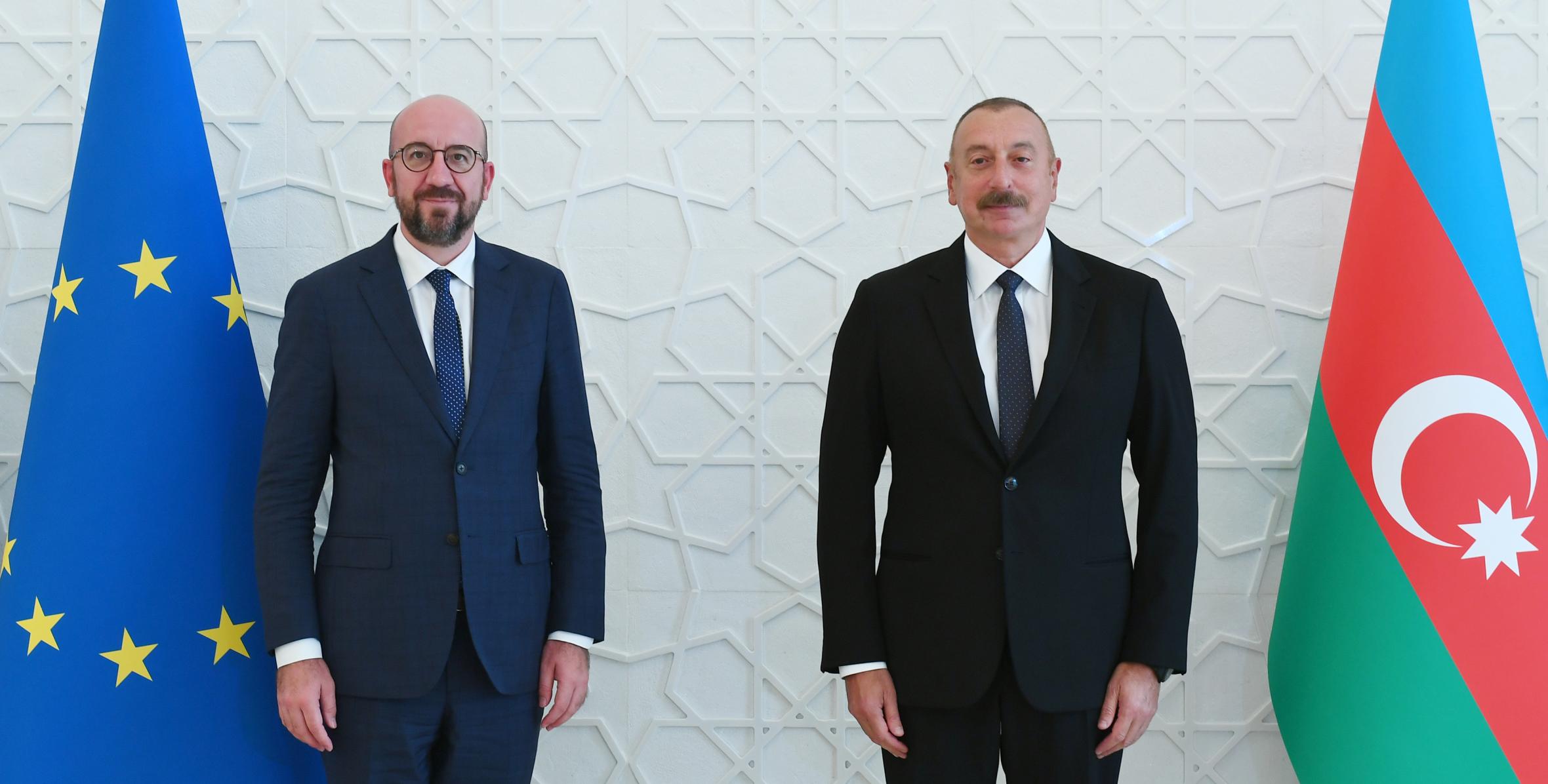 During the conversation the sides discussed the issues related to the Brussels agenda.

Charles Michel emphasized the importance of ensuring stability, peace and security in the South Caucasus for the European Union. He noted that the European Union would continue its efforts towards the normalization of relations, the signing of a peace agreement, the delimitation of borders and the opening of transport and communication lines between Armenia and Azerbaijan.

Pointing to the trilateral meetings held at the initiative and with the participation of the President of the European Council, Charles Michel, and the agreements reached within this framework, President Ilham Aliyev expressed hope that the negotiations towards the normalization of relations and the signing of a peace treaty, delimitation and demarcation of borders, and the opening of transport and communication lines between Armenia and Azerbaijan would yield real results.

The head of state underlined the large-scale landmine problem Azerbaijan is facing in the liberated territories and emphasized the importance of Armenian side’s clarifying the fate of about 4,000 Azerbaijanis who considered missing since the first Armenia-Azerbaijan war.