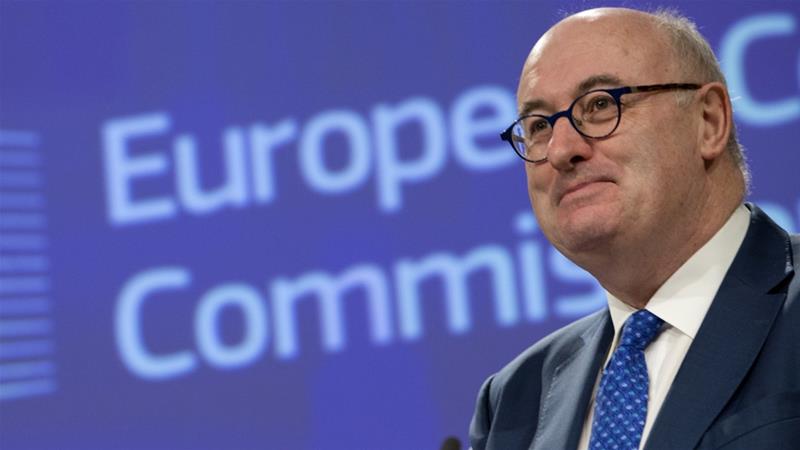 EU trade commissioner Phil Hogan, a key figure in Brexit talks and one of the bloc's most senior officials, resigned on Wednesday, after a week of pressure over a breach of coronavirus guidelines, AFP reports.

Hogan, 60, tendered his resignation to European Commission president Ursula von der Leyen as the row rumbled on, and strong indications from the Irish government he should fall on his sword.

"It was becoming increasingly clear that the controversy concerning my recent visit to Ireland was becoming a distraction from my work as an EU Commissioner and would undermine my work in the key months ahead," he said in a statement.

His departure leaves von der Leyen in a dilemma, with Brexit talks with Britain deadlocked and a December deadline looming, and no guarantee for Ireland it will retain the powerful position.

The Irish national refused to speculate on his successor but told state broadcaster RTE the EU would "look after the interests of Ireland" in the negotiations.

There has been apprehension in Ireland at the prospect of losing a commissioner regarded as a powerful advocate for the Republic's trade interests, which threaten to be disrupted if talks fail.

Von der Leyen, who had demanded he submit a detailed report of his movements after the row erupted, said she respected his decision, thanking him for his "tireless work".