Euro should be global standard for hydrogen trades, EU says 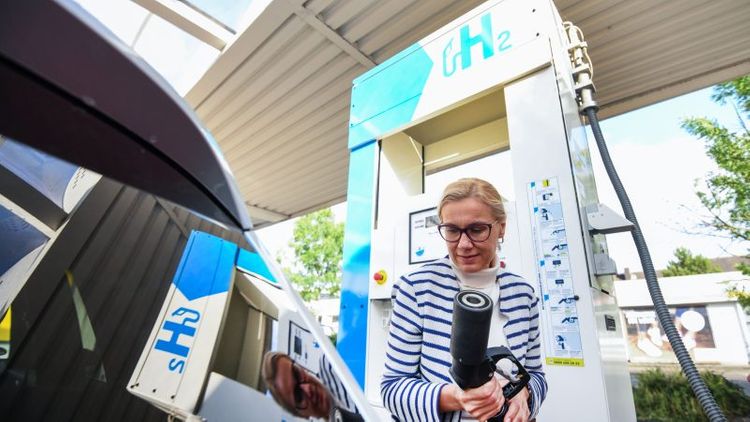 The European Union will seek to establish the euro as the reference currency for international hydrogen trading as it makes a dash for clean energy sources, the bloc’s energy policy chief said on Monday, Reuters reports.

The EU plans to massively expand renewable energy and hydrogen production this decade, as it seeks to become “climate neutral” by 2050 - meaning the 27-country bloc will emit no more greenhouse gases than it takes out of the atmosphere.

One of the European Commission’s goals is to have by 2030 40GW of electrolysers - equipment that uses renewable power to produce emissions-free hydrogen, which can be used as a fuel in industry and heavy transport. Today the EU has less than 1GW of electrolyser capacity.

It also wants to establish cross-border hydrogen trade with neighbouring countries including Ukraine and Morocco, which industry groups say could host a further 40GW of electrolysers by 2030.

EU Energy Commissioner Kadri Simson said Brussels aimed to use its nascent hydrogen market to establish the euro as the reference currency for international trades.

“We see great potential for the role of the euro as a reference currency in the international trade of sustainable energy,” Simson told an online event hosted by Esade business school in Barcelona.

“We have an opportunity to develop the EU hydrogen economy into a reference market and establish a reliable benchmark for euro-denominated transactions,” she said.

More broadly, Brussels is seeking to promote the international role of the euro as a way to help European companies manage foreign exchange risks and costs, and shield the bloc’s economy against foreign exchange shocks.

The commission will next year revise rules on the indices used as benchmarks in financial instruments and contracts, with the aim of creating euro-dominated indices in nascent markets including hydrogen.