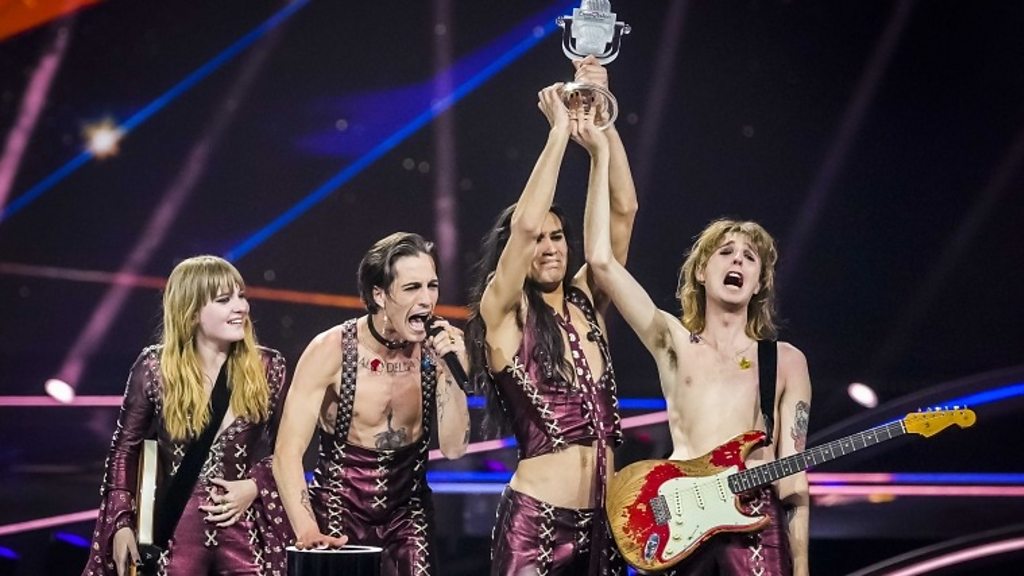 The lead singer of the Italian band who won the Eurovision Song Contest has denied taking drugs, following online speculation over competition footage showing him leaning over a table, BBC reports.

Måneskin's Damiano David rejected the idea that he had been taking cocaine.

"I don't use drugs. Please, guys. Don't say that really, no cocaine," he said at a press conference.

In a statement, Eurovision said the singer would "take a voluntary drug test after arriving home".

Måneskin, who had been favourites to win the contest, took the top prize with their song Zitti e buoni.

People at home speculated as to what the singer was doing when he appeared to bend his face towards a table as the band celebrated their victory during the live broadcast.

When asked about the incident during a press conference after their victory, Damiano David said he had been looking down because guitarist Thomas Raggi had broken a glass.

Eurovision said the singer would be tested to see if he had taken drugs.

"This was requested by them last night but could not be immediately organised by the EBU," the statement said.

"The band, their management and head of delegation have informed us that no drugs were present in the Green Room and explained that a glass was broken at their table and it was being cleared by the singer. The EBU can confirm broken glass was found after an on site check.

"We are still looking at footage carefully and will update with further information in due course."

The band later also reacted to the allegation in an Instagram story, saying they were shocked and did not condone drug use: