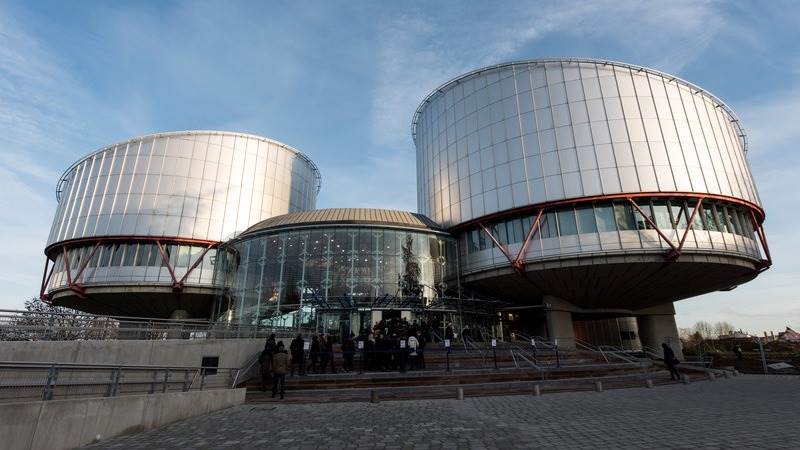 The internet portal of the European Union “EU Politics” has published an article highlighting Azerbaijan’s inter-state application filed against Armenia in the European Court of Human Rights (ECHR) on 15 January 2021.

The article published on the EU portal says: “On 15 January 2021, the Republic of Azerbaijan has filed an inter-state application under Article 33 of the European Convention of Human Rights against the state of the Republic of Armenia. On Monday, 1 February 2021, the Government of Armenia responded to the allegations leveled against them by the Government of Azerbaijan in the European Court of Human Rights (ECHR). By doing so, Armenia has established a pattern of behavior of failing to carry out a thorough and effective investigation into alleged breaches of human rights.

Azerbaijan charges Armenia that violations occurred over the course of Armenia’s occupation of territory of the Republic of Azerbaijan from 1991 until 1 December 2020.

The claims are that during its military occupation, Armenia inflicted significant and extensive human and material damage, and committed material breaches of the Convention towards the Republic of Azerbaijan and its nationals.

In particular, in July 2020 and again in September–November 2020, Armenia carried out armed attacks against Azerbaijan by targeting directly and/or indiscriminately civilian centers, killing hundreds of civilians and wounding thousands more, and destroying or damaging extensive civilian objects (from private homes and chattels to public infrastructure, hospitals and schools). During these periods of military escalation by Armenia, Armenian agents also murdered and gravely mistreated Azerbaijani prisoners of war and mutilated the corpses of deceased Azerbaijani servicemen, again in flagrant breach of the Convention and international law.

In a failed attempt to avoid legal responsibility and escape accountability, Armenia installed a separatist regime, “Nagorno-Karabakh Republic” (“NKR”). The so-called “NKR” regime has, however, never been recognized by any state, including by Armenia, and accordingly has no status under international or domestic law.

Evidence of these allegations have been extensively documented by the Government of the Republic of Azerbaijan, as well as by international organizations, independent human rights and humanitarian NGOs, and news agencies.

Despite repeated calls for answers, the Armenian state has consistently fallen short and failed to properly investigate various breaches, including providing information on the whereabouts of missing persons.

Deputy Chairman of the Supreme Court Chingiz Asgarov said: “Azerbaijan remains committed to securing justice for the people of Azerbaijan affected by the long-lasting and illegal occupation of Nagorno-Karabakh. After years of avoiding scrutiny, Armenia’s actions will be placed under the spotlight. These are serious allegations and Azerbaijan is committed to ensuring it follows the rule of law throughout the process.”

Azerbaijan claims just satisfaction in respect of all of the Respondent State’s violations of the Convention, namely compensation, reparation, restitutio in integrum, costs, expenses and further or other relief to be specified for all of the pecuniary and non-pecuniary damage suffered or incurred as a result of the violations and the pursuit of these proceedings.”