Expert: If Turkey ‘gets stuck’, the US will play the ‘Kurdish card’ 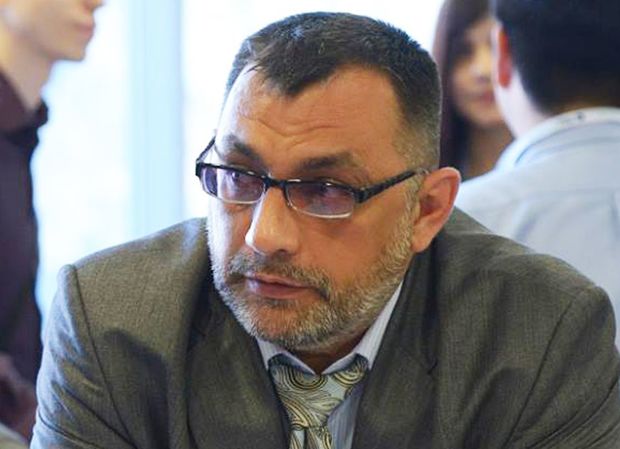 Turkish President Recep Tayyip Erdogan has long stated that Turkey will seize Afrin and Manbage, but hesitated to deploy troops into these territories. But, as the events showed, Washington began to ignore the very existence of the Turkish factor on the Syrian border and actively supported the Kurds, thus infuriating Turkey. Now, after the deployment of troops into Afrin, the United States realized that Ankara will not allow to ignore its national interests. Orientalist, historian, expert on the Middle East Igor Pankratenko spoke to News.Az about what is going on in Afrin and how the situation will develop further.
- Turkey is determined to seize the Kurdish canton Afrin and is negotiating this with Russia. Do you think Russia and Turkey will be able to agree on Afrin? Or will it cause cooling of relations between Ankara and Moscow?
- Let's start with the fact that Ankara yesterday officially announced the beginning of the operation "Olive branch" and from 16 o'clock (Middle Eastern time) the day before yesterday the Turkish army began to implement it. Immediately I want to clarify, and it seems very important, that the key task of the operation is not to seize the canton of Afrin, but to defeat the PKK / KCK / PYD-YPG formations and destroy their infrastructure. After that, the control over Afrin will be transferred to local forces, naturally oriented on Ankara.
You can call it "establishing control over the Turkish occupation zone", it is possible somehow, but the essence does not change: Ankara has the opportunity, including within the framework of agreements with Moscow and Tehran, to eliminate the serious threat posed by Syrian Kurdistan. And it intends to use this opportunity by 100%.
As for Russia's position on this issue, I think Moscow and Ankara have already agreed on it, and it was done during the meetings of Chief of the General Staff of Turkey Hulusi Akar and the director of the National Intelligence Organization Hakan Fidan with Sergei Shoigu and the head of the Russian General Staff Valery Gerasimov, held last week.
Of course, the operation of the Turkish troops in Afrin does not cause much enthusiasm in Moscow, however, it does not have any serious opportunities to prevent it from the Russian side. And besides, Ankara found convincing arguments that made the Kremlin reluctantly agree with it position.
- As is known, Turkey and Iran could recently improve relations. Some experts state existence of Iranian forces in Afrin too. Does Iran need Afrin and what position should be expected from Tehran on this issue?
- We must understand here that the approaches to some aspects of the Kurdish issue between Tehran and Ankara are quite similar, it is enough to recall the recent joint efforts of Iran and Turkey against the referendum on the independence of Iraqi Kurdistan, which, by the way, ended successfully. That is, the Iranians and the Turks have fully achieved their goals.
In addition, Tehran is well aware of the importance of Syrian Kurdistan, with its set of threats and challenges, for Ankara. Well, in addition, Turkey and Iran have already reached an agreement on the division of spheres of influence in Syria, according to which the same Afrin is in the "Turkish zone". There are a number of other factors, which allow us to state for sure that Iran's attitude towards the "Olive Branch" will be quite benevolent.
- To what extent will this decision spoil relations between Turkey and the United States?
- You know, no matter how paradoxical it may sound, everything will depend on how successfully and swiftly the operation Olive branch develops. If everything goes quickly enough, Washington will engage in dialogue with Ankara, naturally, taking into account the new realities.
If the Turkish side ‘gets stuck’, as it partly happened during the operation "Shield of the Euphrates," the US will continue to play the "Kurdish card" in Syria. The third option is simply not there.
News.Az