Expert: Saakashvili in Ukraine is ‘a copy of a non-existent original’ 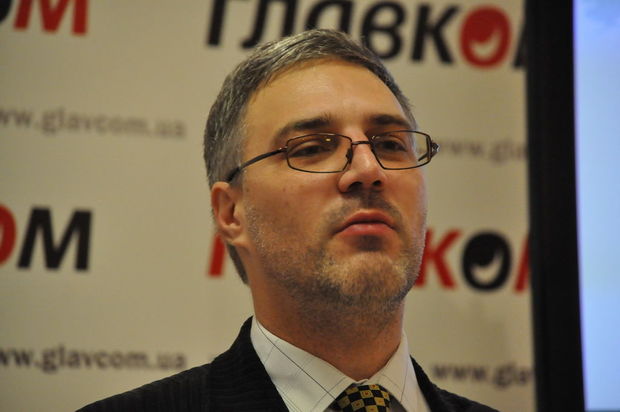 The internal political situation in Ukraine gains new colors with every passing day.

Mikheil Saakashvili calls on the Ukrainian people to take to streets against the government and destabilize the country. The candidate of political science, Ukrainian expert Alexei Poltorakov spoke in an interview with News.Az about the results of Mikheil Saakashvili's attempts and Russia's role in destabilization in Ukraine.

- Saakashvili urges the Ukrainian people to take to streets to protest against the government. How could you comment on this?

- Sociology shows that, despite the traditionally high level of public distrust of power, there are practically no serious prospects for the development of latent social and protest moods into something politically serious. This is promoted neither by socio-economic situation, nor the party-political ‘balance’.

Moreover, as evidenced by the experience of recent quasi-"Maidans" (from the National Bank, etc.), their "leaders" are not even able to coordinate actions among themselves, and even more so, to act as a united front. Populists compete primarily among themselves. And the backbone of such gatherings - in contrast to the recent "Revolution of Virtue" - is made up primarily by paid and entangled participants, rather than real, ideological activists.

- Is it possible to view  Saakashvili as an important figure in the internal political situation in Ukraine?

- In social science there is the so-called "Thomas’ theorem"  which says that if a person or even a society defines situations as real, they are real in their consequences. The current political and social situation around Mikheil Saakashvili can be viewed in the context of this very sociological maxim.

Initially, the phenomenon of Saakashvili in the Ukrainian political context was largely artificial, in some ways even abstract. We now can fully apply the term "simulacrum" to him; "A copy of a non-existent original."

Miho Saakashvili’s “long-playing" national rating in Ukraine never exceeded several percent, fluctuating within the limits of sociological error (1.8%). And the obviously outrageous antics of this rather strange political figure had the goal, one way or another, to promote it, at least artificially. Moreover, Mikheil Saakashvili  does not have a proper command, a branched party, political infrastructure, serious and integral political ideology and clear position on key macro-political issues and problems. And a ‘good guy’ can never be of ‘simply’ a politically serious profession.

Though strange it may seem, the Ukrainian authorities had some share in exaggerating Miho Saakashvili’s importance by their unconceived and awkward steps, often serving Saakashvili’s aims. It can be stated for sure that  they initially overestimated Saakashvili’s factor subjectively and are now obliged to overcome the consequences of this overestimation (again remember the Thomas’ theorem). Otherwise, Saakashvili’s perspective would have been wimped out long before.

- How strong is Russia role in undermining internal political system in Ukraine? Some experts view Saakashvili’s actions as beneficial for Russia.

- Napoleon said, ‘what is explained by stupidity should not be interpreted as cunning". In other words, the "factor of Russia" in Ukraine's domestic policy has traditionally been somewhat overestimated.

On the one hand, Moscow is really interested in shakening the Ukrainian situation from within and putting the state on the verge of politico-social "bankruptcy." In this sense, many Ukrainian political forces and figures somehow contribute to this by their actions (and sometimes by inaction). On the other hand, it would be wrong to assert the presence of a serious (pro) Russian "fifth column", openly and purposefully working for destructive goals in Ukraine, in general and in Kiev in particular. We can rather talk about some "cumulative effect", when the total result of statements and actions of different figures and forces do not promote reforms and development.

- What consequences may the current domestic political situation have?

- The current political situation is mostly determined by the specific launch of a long two-unit election campaign - both parliamentary and presidential. The holders of the party and political "controlling stake" are not at all interested in early elections, the results of which are not yet predictable. And, accordingly, such "force majeure" risks do not pay off either economically or politically. Relatively marginal politicians trying to recruit and consolidate their rather narrow and indefinite electorate  call for some or other form of socio-political protest. All the same time, they use a standard set of slogans, clichés and stereotypes which are unlikely to unite a ‘critical mass’ of social protest.