Expert: What will Turkey lose, if relations are not improved? 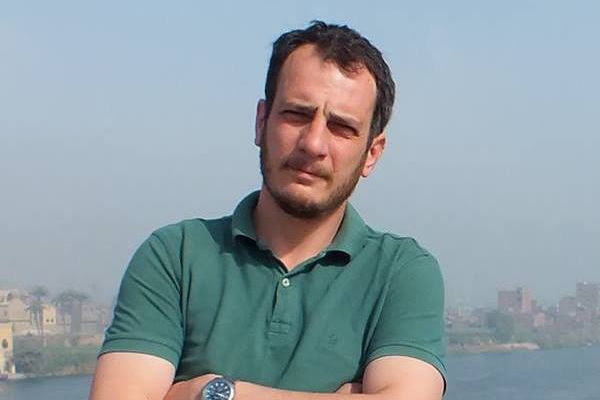 Among the terrorists detained in Afrin there are also citizens of Armenia.

Answering the question about the Armenia-Turkey normalization on January 24 following his speech in PACE, President of Armenia Serzh Sargsyan said that it would be shameful for Armenian people to make unilateral concessions to Turkey and that Ankara cannot speak to Yerevan from the position of force.

Sargsyan recalled the Zurich (Switzerland) documents on establishing relations between Armenia and Turkey signed in 2009 and accused Turkey of not fulfilling the agreement.

Turkish political scientist Engin Ozer spoke in the interview with News.Az about what Turkey loses by not fulfilling these agreements.

- Speaking about Zurich protocol, the Armenian president accused Turkey of not fulfilling these agreements. What can you say about it?

- The Zurich protocols were signed in 2009 on the initiative of the then President of Turkey Abdullah Gul. On his initiative, relations should have been improved, and all issues on the borders between Turkey and Armenia would have been lifted.

The reason that the Armenian government focuses on this protocol right now is the improvement of relations between Turkey and Russia, the operation "Shield of the Euphrates", the operation "Olive branch", the increase of the army in Qatar to 60,000 soldiers and many other factors showing that Turkey has become a completely different country and Armenia is concerned about it.

The operations "Olive branch" and "Shield of the Euphrates" showed that the Turkish army could act according to different rules of the game. Now the relations between Turkey and the West are already strained, and therefore Armenia wants to show its importance for the West. It is also remarkable that among the terrorists arrested in Afrin there are also the citizens of Armenia.

Now the security doctrine of Turkey is changing, and after that all terrorist organizations that threaten Turkey will be destroyed. The US support for the Kurds only improves relations between Russia and Turkey, which naturally causes concern in Armenia.

Therefore, Sargsyan will continue to improve relations with the West, as well as constantly actualize the Karabakh conflict and accuse Turkey in order to attract Russia's attention.

- How possible is the ratification of Zurich protocols for Turkey?

- It is more appropriate to ask: What will Turkey lose if relations are not improved? This situation stands still for years, but it is bad for Armenia only. The current situation can easily last for a hundred years, and Turkey will not lose anything.

The benevolent doctrine of Turkey "zero problems with neighbors" has led to the flow of terrorists from Syria to the Turkish territory. The policy of "opening to Armenia" also led to Armenia’s support to Kurdish terrorists.
There is actually no possibility of implementing this agreement with the Armenian administration, which still maintains its aggressive and uncompromising position on the Karabakh conflict.

- What was the purpose of signing those agreements?

- The Zurich protocols were signed in the framework of good-neighborliness and security. They were also aimed at strengthening the relations between Turkey and the EU, which demanded the improvement of relations with Yerevan. Now Ankara has reconsidered its relations with Brussels, and therefore these agreements are not interesting to Turkey, and no one is able to make it change its mind. Therefore, the relations between Armenia and Turkey can be returned to the beginning of 2009.

After the identification of Armenian citizens captured in Africa, an official statement will be made. If this information is confirmed and proven, the relations between Turkey and Armenia may worsen, since Turkey will not remain silent on such a policy of Armenia.