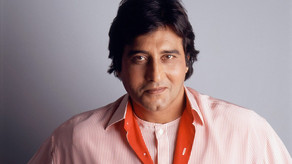 Vinod Khanna began his acting career in 1968 and managed to star in about 140 films. The movie The Big Hearted produced in 2015 was his last work.

The actor won numerous prizes of prestigious Bollywood Filmfare Award, including a prize for merits in the field of cinema.

In addition to his role in movie, Khanna was also a fairly successful politician. In 1997, he became a member of the Indian People's Party, and a year later was elected to the lower house of the Indian parliament. In the early 2000s, he held positions in the Ministry of Tourism and the Ministry of Foreign Affairs of India.