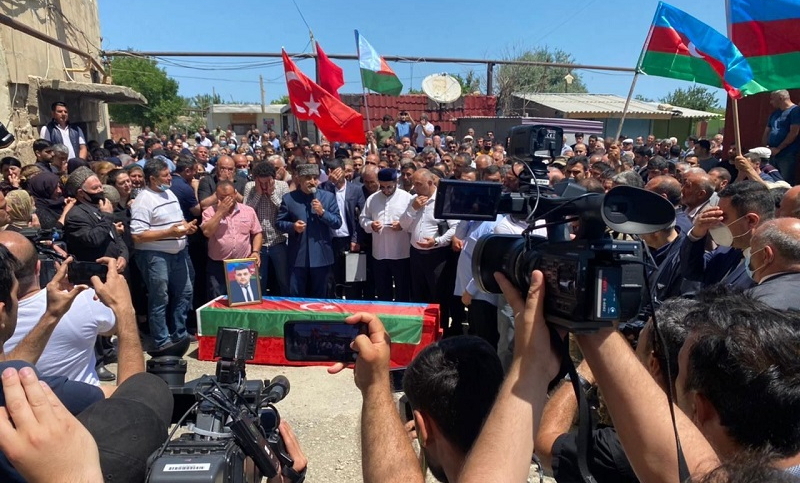 A farewell ceremony was held in H.Z.Taghiyev suburb of Azerbaijan’s Sumgayit city for the AzTV operator Siraj Abishov, who was killed in a mine explosion in the country's liberated Kalbajar district while on duty.

Officials, representatives of the public, as well as relatives of Abishov took part in the ceremony.

As earlier reported, a car with employees of Azerbaijani TV channels and news agencies sent to the Kalbajar district was blown up by an anti-tank mine in the direction of Susuzlug village at about 11:00 (GMT+4) on June 4.

As a result, the operator of the Azerbaijan Television and Radio Broadcasting CJSC (AzTV) Siraj Abishov, an employee of the Azerbaijan State News Agency (AZERTAC) Maharram Ibrahimov, the deputy representative of the Mayor’s Office of the Kalbajar district in the administrative-territorial district of Susuzlug village Arif Aliyev were killed. Also, four more people got injured and were hospitalized. 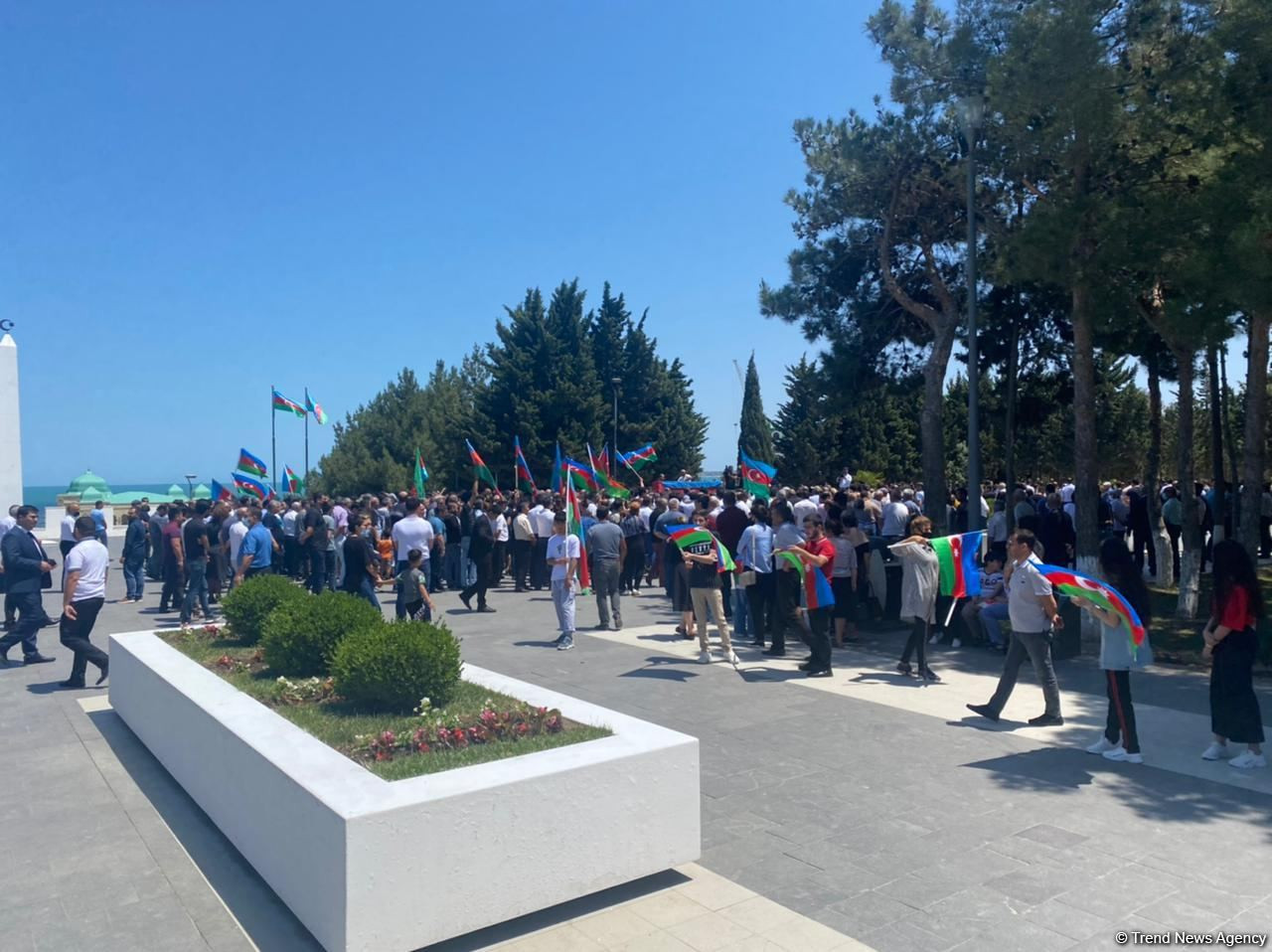 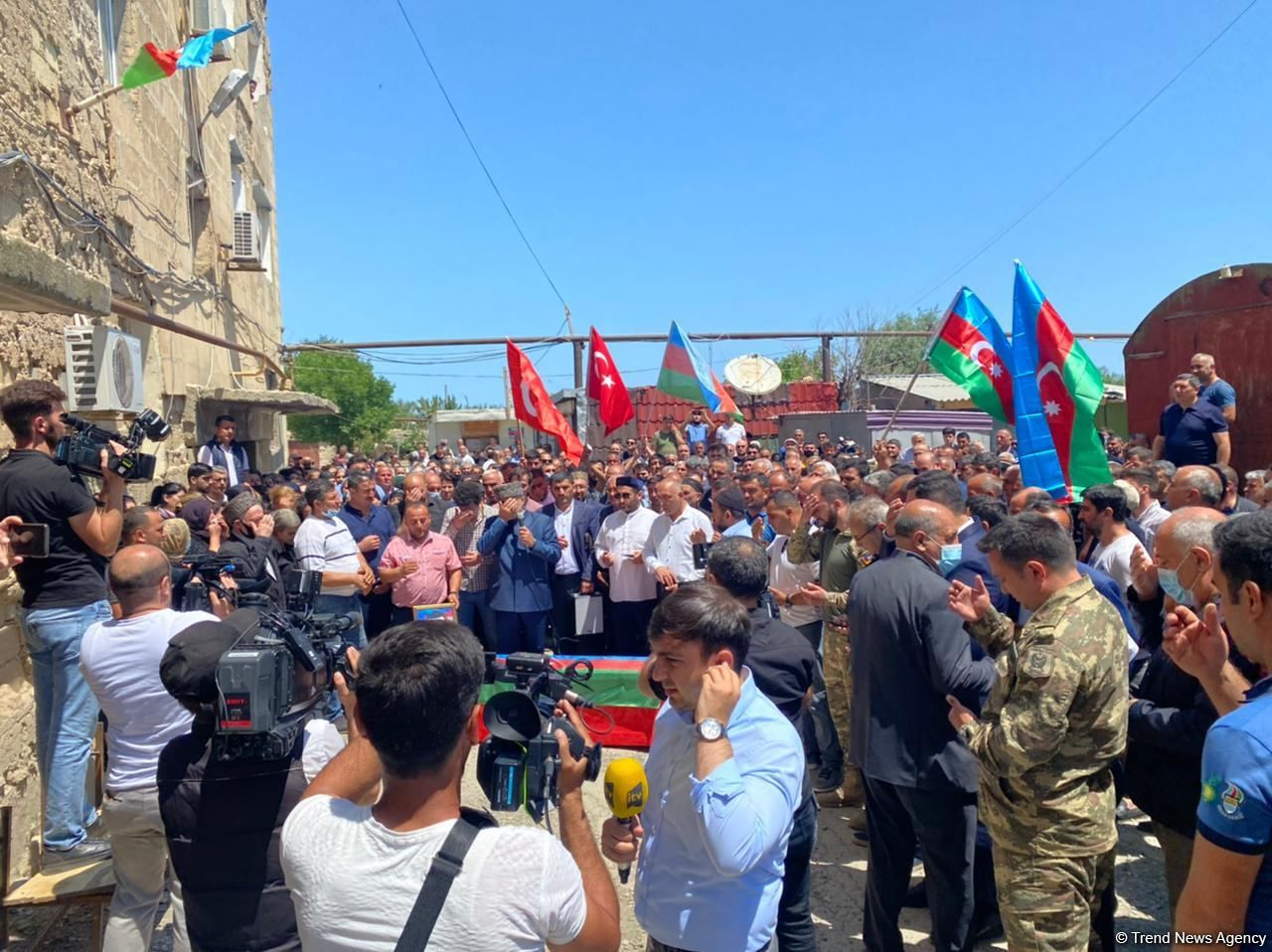