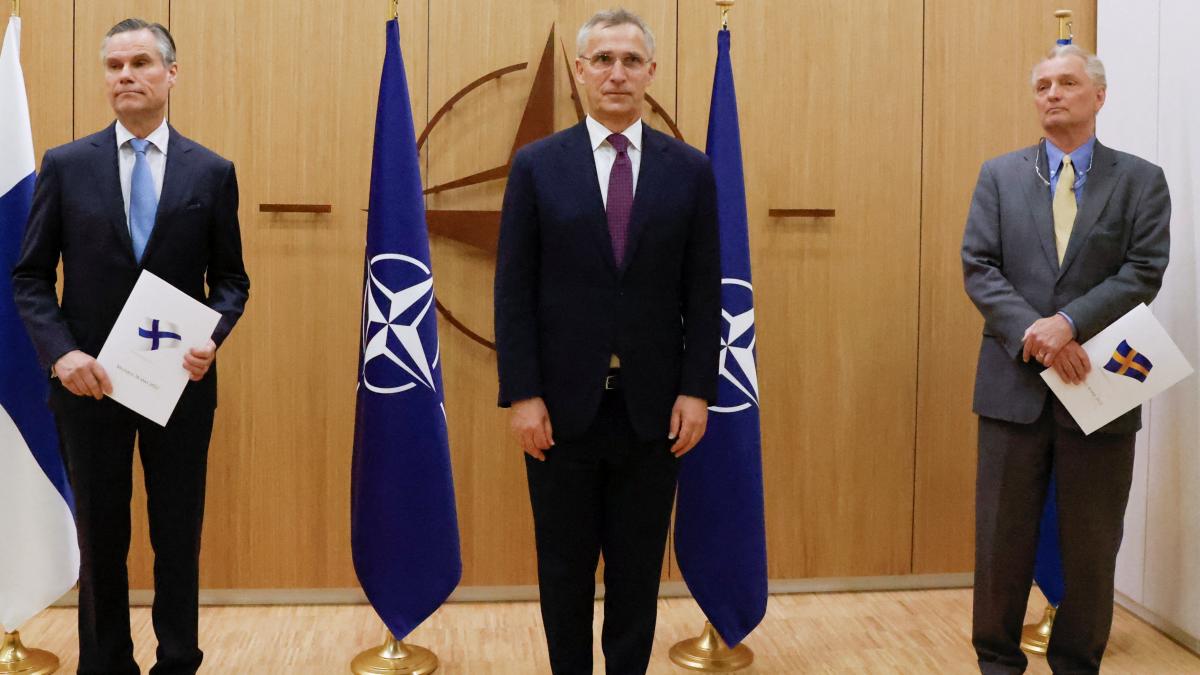 The ceremony was broadcast online by the alliance's press office.

"I warmly welcome the requests by Finland and Sweden to join NATO. The applications you have made today are a historic step. The applications you have made today are an historic step. Allies will now consider the next steps on your path to NATO. The security interests of all Allies have to be taken into account. And we are determined to work through all issues and reach rapid conclusions," he said.

Stoltenberg added that the alliance is now adapting its security system in the Baltic Sea. "NATO is already vigilant in the Baltic Sea region, and NATO and Allies’ forces will continue to adapt as necessary," he said. "All Allies agree on the importance of NATO enlargement. We all agree that we must stand together. And we all agree that this is an historic moment, which we must seize," the secretary general pointed out.