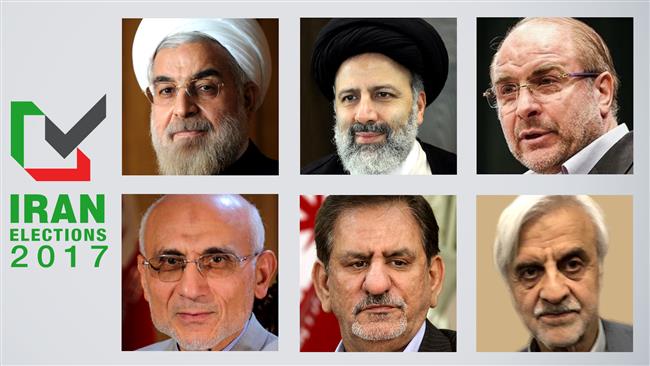 The first debate among the six candidates of the 12th Iranian presidential election will be aired live shortly on state television.

The candidates are set to outline their plans for the post. They will be given an equal time to garner as many votes as possible in order to win the ticket to the office, according to PressTV.

The first debate is scheduled to last for three hours with economic issues on the agenda of the meeting.

The live broadcast aims to reduce the candidates’ campaign spending and pave the way for eligible voters to make their choice based on the sharp-cut and unambiguous plans represented during the program.

Upon entering the headquarters of the Islamic Republic of Iran Broadcasting in the capital, Tehran, Rouhani was asked if he was ready, to which he responded, "We're probably all ready that we have come [here]."

Meanwhile, Mehr news agency is reporting that the debate has been put off half an hour to 16:30 local time (1200 GMT) upon the request of Rouhani's camp.

Morteza Heidari, the renowned Iranian television news host and presenter who is due to moderate the debate, has also says that he is prepared for the task and everything has been rehearsed.

Iranians will go to the polls on May 19 to elect the country’s next president.