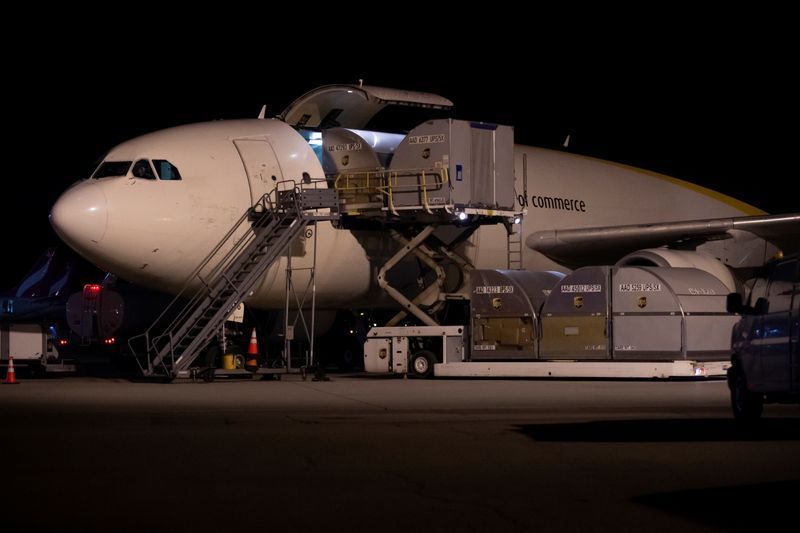 The first COVID-19 vaccines landed on Canadian soil on Sunday, Prime Minister Justin Trudeau said, and some Canadians are expected to roll up their sleeves for a shot as soon as Monday, according to Reuters.

Canada and the United States are set this week to become the first Western nations after the UK to begin inoculations with the newly approved vaccine.

“The first batch of doses of Pfizer-BioNTech’s COVID-19 vaccine have arrived in Canada,” Trudeau said on Twitter on Sunday night above a picture of a cargo plane apparently used to transport the vaccine developed by Pfizer Inc and Germany’s BioNTech SE.

The initial 30,000 doses will go to 14 sites across Canada. The most vulnerable people, including the elderly in long-term care facilities and healthcare workers, will be first in line for shots.

The vaccines left Belgium, where they were produced, on Friday, and traveled to Germany and the United States before being split up and sent to different parts of Canada.

The country has had 460,743 confirmed COVID-19 cases, with 5,891 new infections reported on Sunday. On Friday, health officials said Canada could see 12,000 new cases a day by January.

The highly contagious respiratory disease has claimed 13,431 lives in Canada, including 81 on Saturday.