First day of FIG World Cup kicks off in Baku 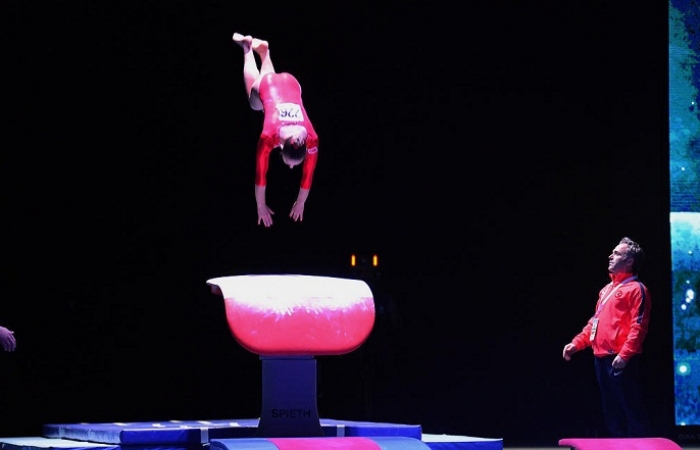 The first day of the new Olympic cycle’s first FIG Artistic Gymnastics Individual Apparatus World Cup has kicked off at the National Gymnastics Arena in Baku.

The qualifications in men’s floor exercises, as well as exercises in parallel bars and rings will take place on the first day of the competitions. Women will be qualifying for the finals by performing exercises in vault and uneven bars, according to Azvision.

In the men’s artistic gymnastics competitions, Azerbaijan will be represented by Bence Talas and Murad Agharzayev, while Marina Nekrasova and Mariia Smirnova will represent the country in women’s vault, Yulia Inshina and Ekaterina Tishkova - on parallel bars.

Gymnasts from 23 countries are expected to perform at the FIG World Cup in artistic gymnastics to be hosted by Azerbaijan for the second time.

The qualifications to take place on the first two days of the competitions will be followed by the finals in individual disciplines. The men and women will compete for six and four sets of medals, correspondingly, on the basis of the new Code of Points entered into force in 2017.

As for famous women gymnasts of the competitions, there are three-time Olympic Champion Catalina Ponor (Romania) and gold medalist of the Olympic Games Oksana Chusovitina (Uzbekistan) in the list of competitors.