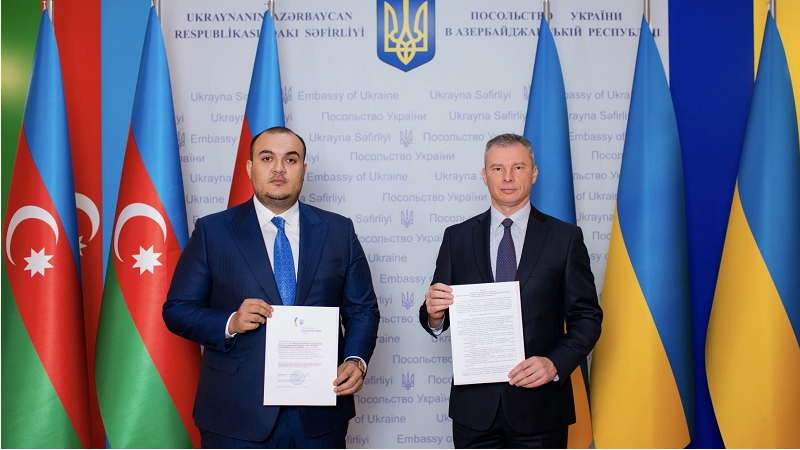 A solemn ceremony of the appointment of the Honorary Consul of Ukraine in Shamakhi was held on October 27, 2020, at the premises of the Embassy of Ukraine in the Republic of Azerbaijan.

Mehrali Gasimov graduated from the Kyiv Institute of International Relations. He has held various positions in international companies SAP and DeGolyer & MacNaughton Corporation, a private entrepreneur.

The opening of the first Honorary Consulate of Ukraine in Azerbaijan is evidence of the high dynamics of cooperation between the two countries. It creates favorable conditions for further expansion of trade, economic, cultural, humanitarian, and regional ties between our countries.

The consular district of the Honorary Consul of Ukraine in Shamakhi city will cover Agdash, Agsu, Gobustan, Goychay, Ismailli, and Shamakhi regions of the Republic of Azerbaijan.