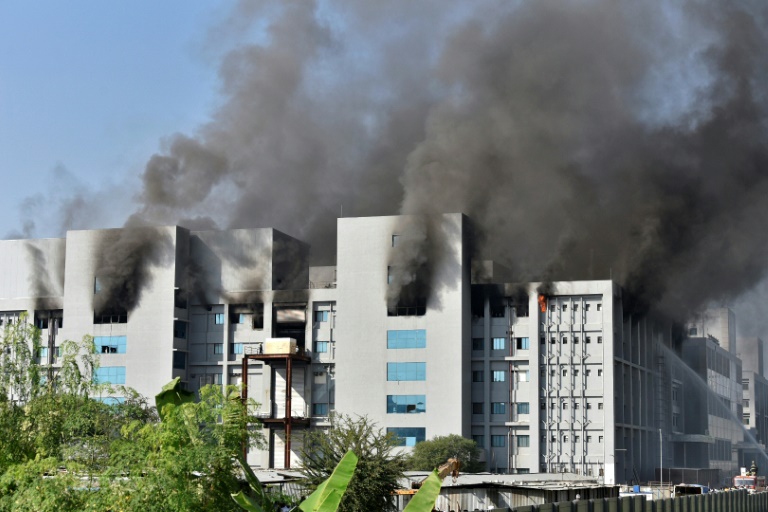 A big fire broke out on Thursday at a plant under construction at Serum Institute of India (SII), the world’s largest vaccine manufacturer which produces the British-developed AstraZeneca-Oxford coronavirus shot, The Associated Press reports.

Firefighters were extinguishing the flames, the fire office in Pune city in southern Maharashtra state said. The cause of the fire and extent of damage were not immediately clear.

According to a report from Agence France-Presse (AFP) five people died as a fire tore through a building in western India, officials said.

The company said the fire was restricted to a new facility it is constructing to increase production of COVID-19 vaccines and ensure it is better prepared for future pandemics. It said the fire did not affect existing facilities making COVID-19 vaccines or a stockpile of around 50 million doses. No injuries were reported, it said. Images showed huge plumes of smoke billowing from the building as firefighters worked to extinguish the blaze.