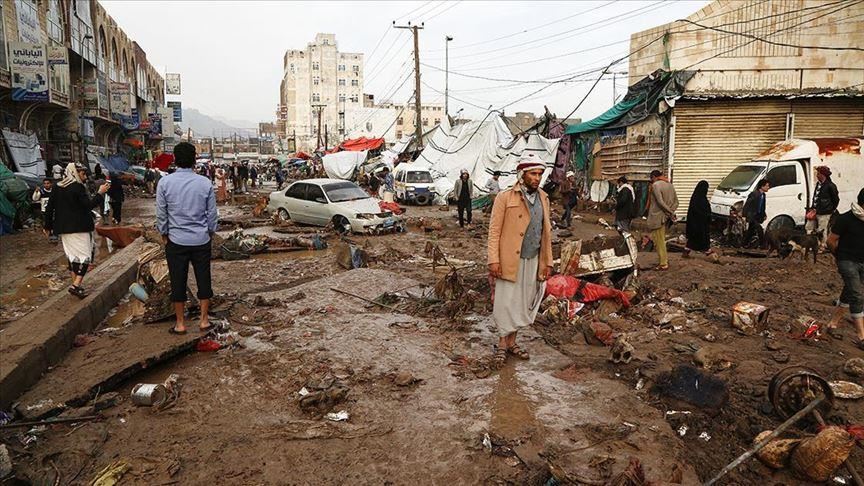 At least 77 people, including children, died in flooding in Yemen from mid-July to mid-August, the UN Office for the Coordination of Humanitarian Affairs (OCHA) said, News.Az reports citing foreign media.

A total of 200,000 people are affected by the floods, according to OCHA.

Heavy rainfall triggered flooding across 16 of the 20 governorates in the country, particularly impacting sites of displaced people.

"The United Nations and its partners are working to support the worst affected families with shelter, food assistance, water, sanitation and hygiene services and other critical supplies," OCHA said.

Early reports from the UN Food and Agriculture Organization warn of continued heavy rainfall up to Saturday in many of the already affected areas, with up to 20,000 people estimated to be affected.

The UN called on all donors to increase support for Yemen's humanitarian response plan.