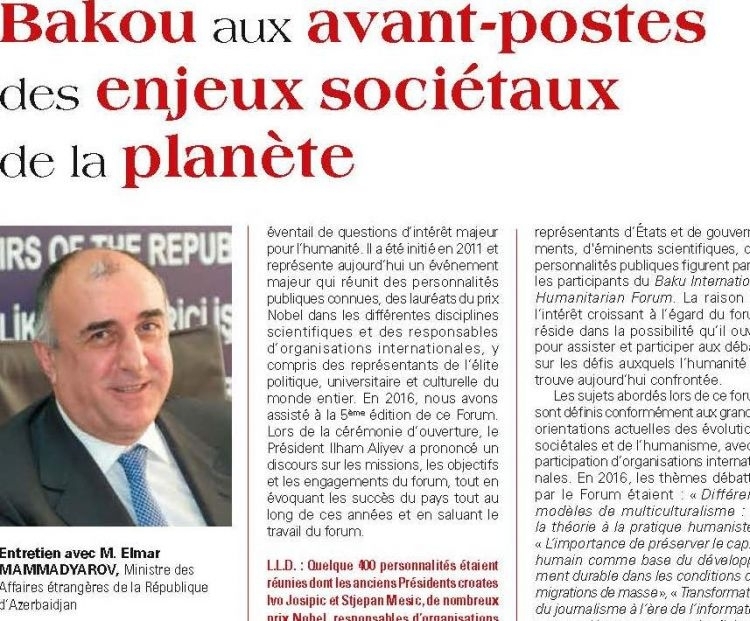 Azerbaijan, as a country affected by humanitarian disaster, is interested in finding joint solutions to global problems, Azerbaijani Foreign Minister Elmar Mammadyarov said in an interview with the French magazine La lettre Diplomatique.

Mammadyarov expressed regret over the growing threats and challenges in different parts of the world, APA reports.

“The different parts of the world are experiencing very dangerous and disturbing events. As a result of the bloody clashes and wars, hundreds of thousands of innocent people were killed and millions of people became refugees and internally displaced persons,” the Azerbaijani FM said.

Many countries are faced with a humanitarian crisis and the tendency of radicalism and separatism is growing, Mammadyarov said, adding. “In addition, due to the wars in the Middle East, people began en masse to flee to Europe, as result of which, the continent is confronted with the migration crisis. Azerbaijan has also suffered and is suffering from ethnic separatism, foreign intervention, violent extremism and terrorism.”