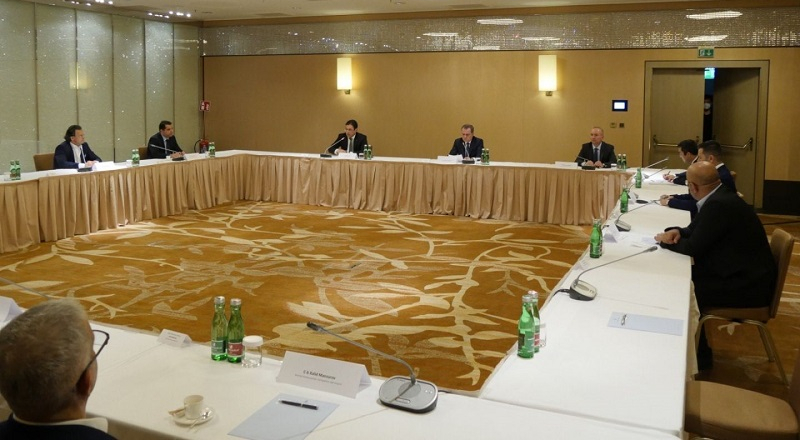 As part of his working visit to Austria, Azerbaijan’s Foreign Minister Jeyhun Bayramov on Wednesday met with members of the country’s diaspora in Austria, the Foreign Ministry told News.Az.

The minister spoke with members of the diaspora about the aggressive policy of Armenia against Azerbaijan, about our country's efforts to resolve the conflict peacefully for about 30 years, and that as a result of the unconstructive position of Armenia, these efforts have yielded no results. It was noted with pride that, in response to the provocations of Armenia, as a result of counter-offensive operations of the Armed Forces of Azerbaijan under the leadership of President Ilham Aliyev the territorial integrity of Azerbaijan was restored.

Minister Bayramov informed about the new realities in the region after the Patriotic War and the steps taken to normalize relations with Armenia.

It was noted that the solidarity shown by our diaspora members during the 44-day Patriotic War was commendable, and the importance of continuing this solidarity was stressed.

Then, the minister answered numerous questions of the participants, as well as an exchange of views, took place on the development of cooperation between Azerbaijan and Austria and the role of members of the diaspora in this regard.