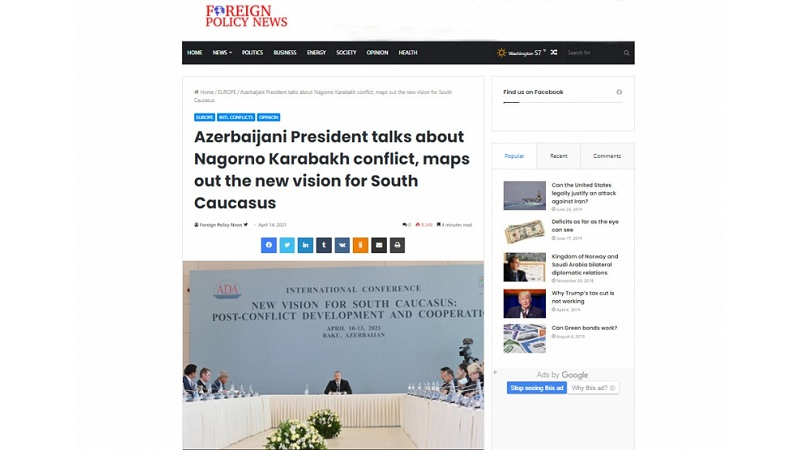 “Within the framework of the conference, the participants travelled to territories, previously occupied by Armenian armed forces and reclaimed by Azerbaijan in the fall last year. While in Aghdam and other liberated territories, the participants witnessed the destruction and the legacy of the scorched earth policy employed by the Armenian forces during early 1990s as the districts fell one by one before the Russian-brokered ceasefire agreement stopped the bloodshed.”

“The conference was attended in person and via virtual platform by representatives of various international research think tanks, state governments, academic institutions, and independent experts and scholars versed in Nagorno Karabakh conflict that killed tens of thousands of people and destroyed hundreds of thousands of lives on both sides of the conflict and closed off the occupied region to the outside world since 1990s,” the article says.

“The conference concluded with a session that included a keynote speech by and Q&A with President Ilham Aliyev of Azerbaijan who spoke about the three decade old conflict, its ramifications on peace and stability in the region, principles of international law, Azerbaijan’s latest counter-offensive which resulted in restoration of territorial integrity of the country and prospects for a sustainable peace and cooperation in South Caucasus,” the article mentions.