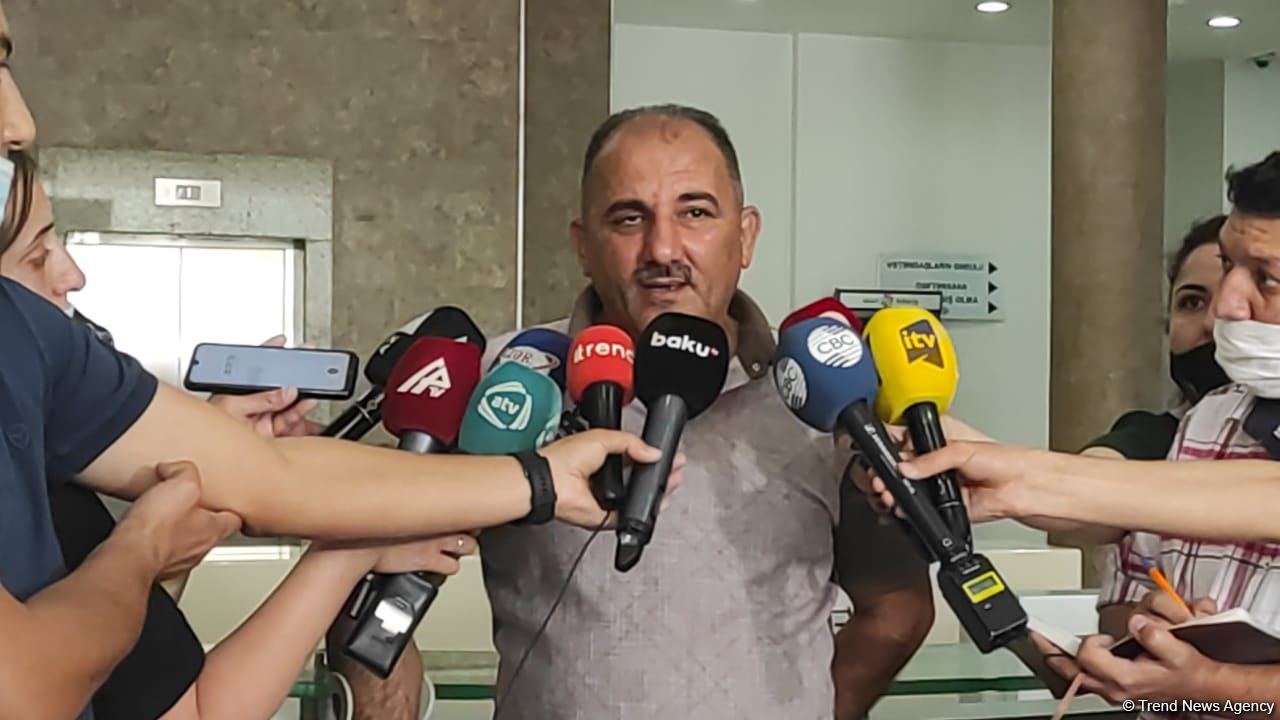 Former Azerbaijani prisoner Javid Huseyn, who was tortured by Armenian militants Ludwig Mkrtichyan and Alyosha Khosrovyan in Shusha prison during the First Karabakh War, spoke about the tortures during a trial on the criminal case against the militants held in the Yasamal District Court in Baku.

"We were forced to clear ice from the area in front of the Shusha prison, and then we were beaten with an iron bar and buried in the snow," Huseyn said.

According to him, now Mkrtichyan and Khosrovyan aren’t pleading guilty, but in Shusha prison, they were real torturers.

"They know the Azerbaijani language. In 1994, I was captured during the battles for the village of Gullluja in Aghdam district. Then the Armenians kept us in Aghdam and wanted to kill us. Then they received information that we could be exchanged,” he reminded. “First, we were taken to Khankandi, where they beat us, and then took us to the Shusha prison. There they beat us with a piece of iron pipe, beat us on the heads.”

The former prisoner also said that after the beating he was buried in the snow in front of the Shusha prison.

“Then it was snowing heavily. The area in front of the Shusha prison was covered with ice, they forced us to clear it, and then they beat us with an iron bar and buried it in the snow. The staff of the International Committee of the Red Cross visited us,” Huseyn further noted. “I was in the punishment cell, and the ICRC staff didn’t see me. Ludwig Mkrtichyan and Alyosha Khosrovyan tied my hands, and the deputy chief of the prison began beating me up. They asked me: “Whose Karabakh is - ours or yours?" I answered that Karabakh is ours.”

“I was beaten with truncheons till I lost my eye. Then ICRC staff visited us again, and Armenians again threw me into the punishment cell so that the staff wouldn’t see me,” he added.

According to him, the Armenians also subjected the prisoners to moral tortures.

"When we were in the Shusha prison, we were shown to (Armenian) children who were brought there from kindergartens and were told that we are Turks, enemies. The children were told not to come near us, otherwise, we could kill them. They are raising children as future Nazis,” Huseyn said. “We were beaten in every possible way. In prison we were beaten in front of the girls who were brought there. They boasted about it. Mkrtichan had a tattoo of LMN letters on his hand. This was confirmed during the examination.”

A Baku court on Wednesday held the trial on the criminal case against Armenian militants Ludwig Mkrtichyan and Alyosha Khosrovyan, who tortured Azerbaijani prisoners and committed other heavy crimes during the first Armenia-Azerbaijan Nagorno-Karabakh war (1991-1994).