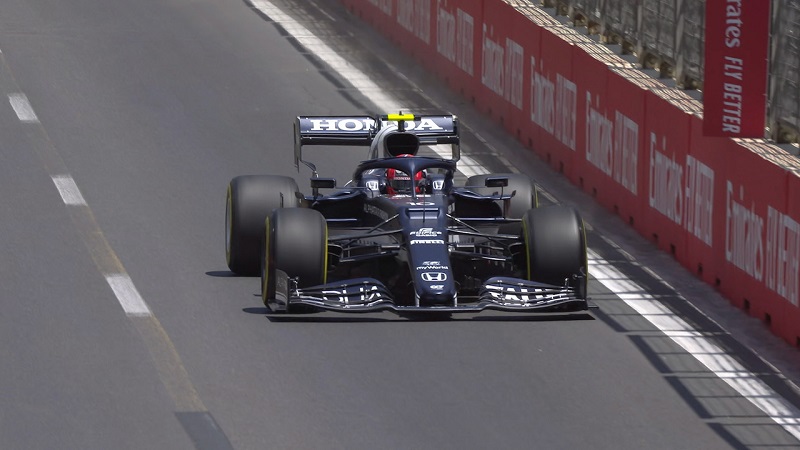 AlphaTauri’s Pierre Gasly came from nowhere to comfortably head Free Practice 3 from the Red Bull of Sergio Perez, as Lewis Hamilton brought some hope to Mercedes, going third after their tough Friday.

But the big story of the session was Red Bull’s Max Verstappen slewing painfully into the wall at Turn 15 midway through the session, bringing out a red flag.

Verstappen was pushing on hard tyres when he failed to slow sufficiently for Turn 15, sliding into the wall in a similar way to Charles Leclerc in FP2 yesterday.

Verstappen was unable to get the car into reverse and was forced to hop out, bringing out a red flag as the RB16B was recovered – Verstappen missing out on the final 35 minutes of running, with Red Bull hoping that his car will require minimal work to get it ready for qualifying.

That left AlphaTauri’s Pierre Gasly to lead the session by 0.344s from the second Red Bull of Sergio Perez – the Frenchman showing a fine turn of pace, as he stopped the clocks at 1m 42.251s, around a tenth slower than Perez’s fastest FP2 time from yesterday.

The Practice 3 results of Formula 1 Azerbaijan Grand Prix 2021 are as follows: