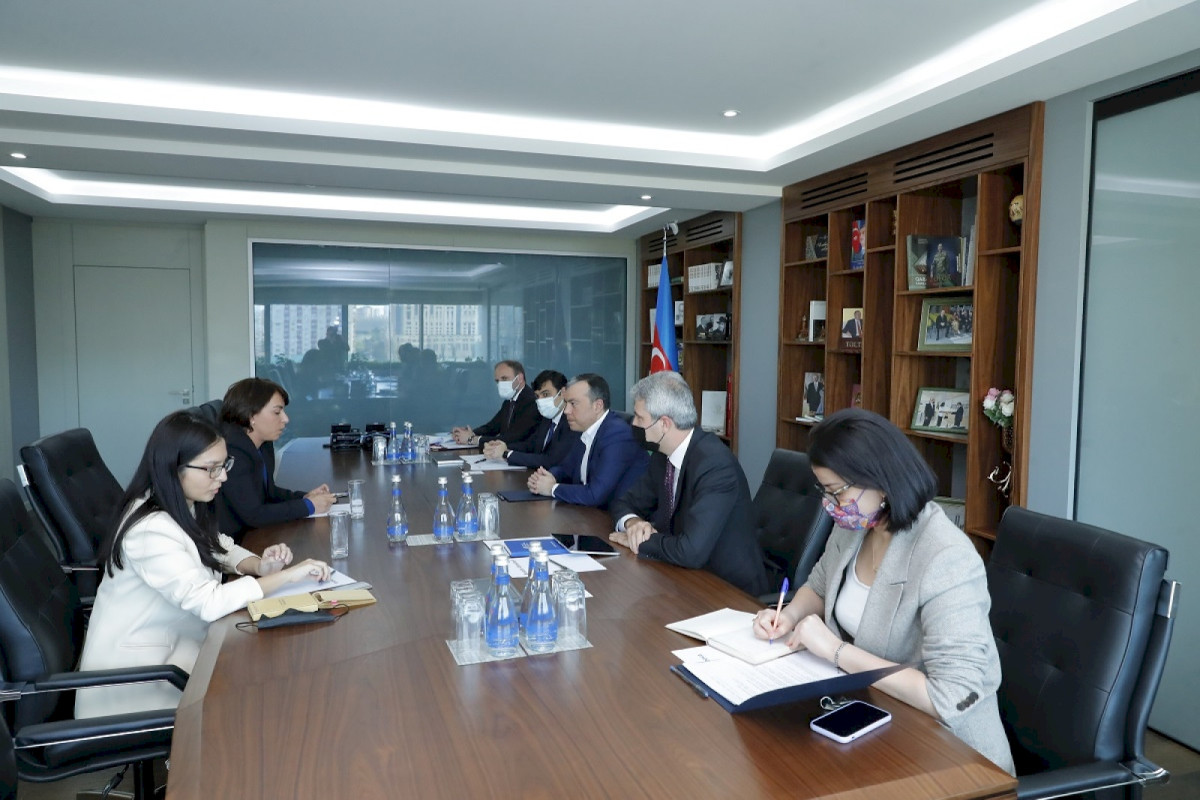 A meeting with a delegation of the Azerbaijani-French Chamber of Commerce and Industry was held at the Ministry of Labor and Social Protection, News.az reports.

The meeting focused on cooperation and possible projects to further expand the activities of the Committee of Women Professionals within the Chamber, work to eliminate gender inequality and expand employment opportunities for women.

At the same time, Minister of Labor and Social Protection Sahil Babayev said that the national legislation on gender equality has been improved on the basis of relevant international conventions.

He noted that discrimination between women and men in the field of labor and employment is prohibited by law. He said that draft amendments to the labor legislation have been prepared to expand women's employment opportunities and ensure gender equality.

The Minister noted the active employment programs implemented to increase women's employment opportunities. He also said that women were given priority during the implementation of the self-employment program, and last year more than 4,400, and in the first quarter of this year, 1,005 women were involved in the program and supported to start small businesses.

He also said that the organization of vocational training of women in occupations and specialties in accordance with the requirements of the labor market, as a continuation of this work last year and in the first quarter of this year, about 1,000 women were involved in vocational training. He noted that in recent years, joint projects with the United Nations Development Program and the Population Fund have been working to support the organization of entrepreneurial activities of vulnerable women.

Giving information about the reforms in the field of labor and employment, social security, the Minister noted that special attention was paid to cooperation with employers, as well as companies represented in the Azerbaijani-French Chamber of Commerce and Industry.