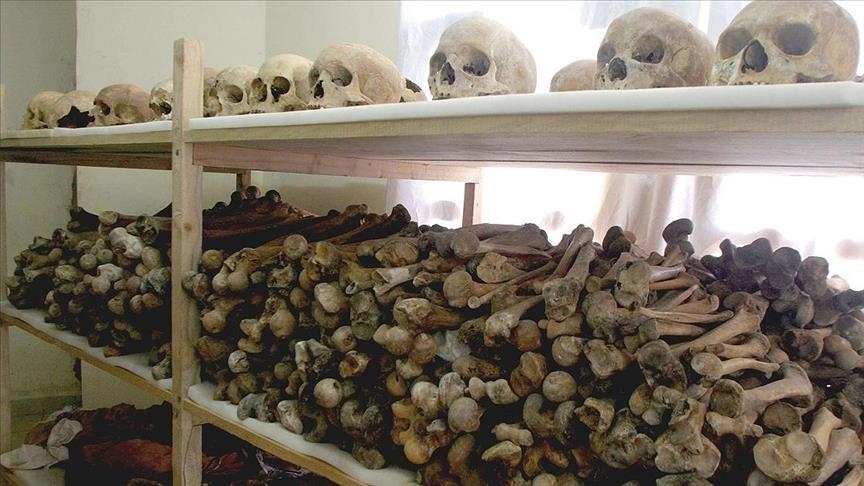 The French government bears significant responsibility for enabling a foreseeable genocide in Rwanda in 1994, a new Rwandan government report said Monday, according to the London Post.

About 1 million people, mostly from the Tutsi community and moderate Hutus, were killed in the genocide by Hutu extremists during the massacre, within a span of 100 days.

The report, “A Foreseeable Genocide: The Role of the French Government in Connection with the Genocide against the Tutsi in Rwanda,” released in the Rwandan capital Kigali, was conducted by Washington, DC law firm Levy Firestone Muse LLP.

It said that for many years, the French government supported the corrupt and murderous regime of Juvenal Habyarimana, who served as Rwanda’s president from 1973 to 1994.

The report, commissioned by Rwanda in 2017, is based on interviews with over 250 witnesses from across the world, and also drew from a range of both primary and secondary documentary sources.

“French officials armed, advised, trained, equipped, and protected the Rwandan government, heedless of the Habyarimana regime’s commitment to the dehumanization and, ultimately, the destruction and death of Tutsi in Rwanda,” the report said.

“French officials did so to advance France’s own interests, in particular the reinforcement and expansion of France’s power and influence in Africa. And they did so despite constant and ever increasing evidence that a genocide was foreseeable.”

The report come weeks after a French commission appointed by President Emmanuel Macron in 2019 said France was “blind” to the coming genocide and downplayed the country’s role as accomplice to the genocidal operation.

The new report faulted the French commission for failing to state that the government of France bears significant responsibility for having enabled a foreseeable genocide.

“From its knowledge of massacres of civilians conducted by the government and its allies, to the daily dehumanization of the Tutsi, to the cables and other data arriving from Rwanda, the French government could see that a genocide was coming. The French government was neither blind nor unconscious about the foreseeable genocide,” Robert F Muse, one of the investigators, said in the report.

In a statement late Monday, the Rwandan Cabinet said it considered the new report, as well as the recent French government-commissioned Duclert Report, to be important contributions to establishing the truth of what happened in connection with the genocide against the Tutsis in Rwanda and the role of France.

The Cabinet commended positive steps taken by Macron’s government and “the prospect of a new chapter in the relations between France and Rwanda.”

Speaking at the recent 27th commemoration of the genocide, Rwandan President Paul Kagame said the French report marks an important step toward a common understanding of what took place, and showed the “desire even for leaders in France to move forward with a good understanding of what happened.”

On April 6, 1994, a plane carrying Habyarimana and Cyprien Ntaryamira, Burundi’s president, was downed by a rocket attack, killing everyone on board.