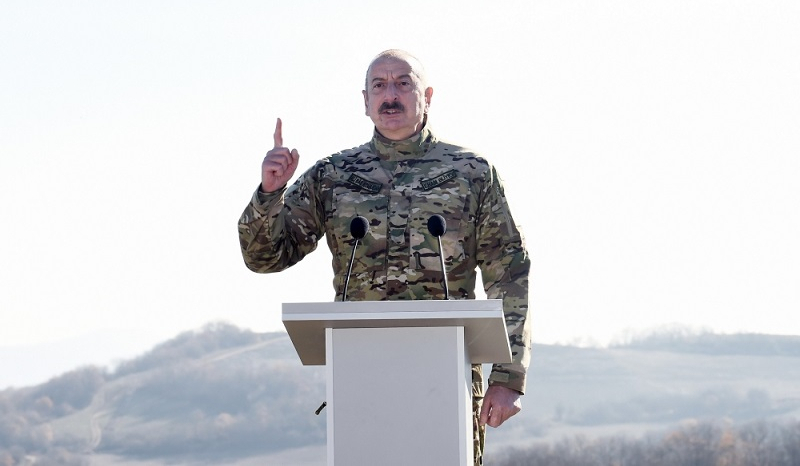 From now on, we will live forever in Karabakh and Zangazur, President of Azerbaijan, Commander-in-Chief of the Armed Forces Ilham Aliyev said as he made a speech in front of the servicemen in Shusha, News.Az reports.

He noted that the Azerbaijani people have demonstrated their greatness both during the war and in the post-war year.

“The Armenians have ravaged all our cities. Azerbaijani citizens and foreigners visiting these places are stunned and horrified that such vandalism is even possible. Can there be so much hatred? Can there be so much barbarism? This was committed by the Armenians during the occupation. They committed these atrocities by demolishing and looting all the buildings and even taking tombstones to Armenia. During the war, we followed the laws of warfare, we did not violate the rules of war, we acted with dignity, just as we act with dignity in life and politics,” President Aliyev said.

The president emphasized that the Victory Day is the holiday of the Azerbaijani people.