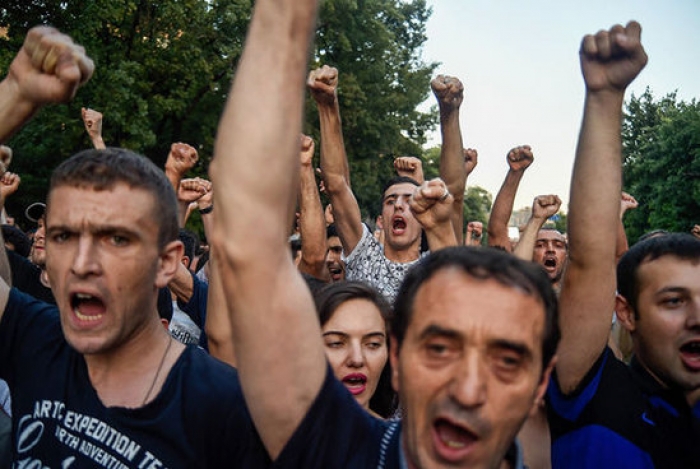 The supporters of the political prisoners held protest actions outside the several governmental buildings.

The trial of Armenian opposition member, participant of the Nagorno-Karabakh conflict, coordinator of the oppositional Armenian civil initiative ‘Founding Parliament’ Zhirayr Sefilyan and other political prisoners was held in Yerevan on August 11, 2017, AzVision.az reports citing the Armenian Media, according to AzVision.

However, the next trial process was postponed and the supporters of the political prisoners held protest actions outside several governmental buildings.

Shouting slogans against the President of Armenia, Serzh Sargsyan, the protesters called the Armenian people to arm in order to liberate Armenia from the criminal regime lead by Sargsyan.