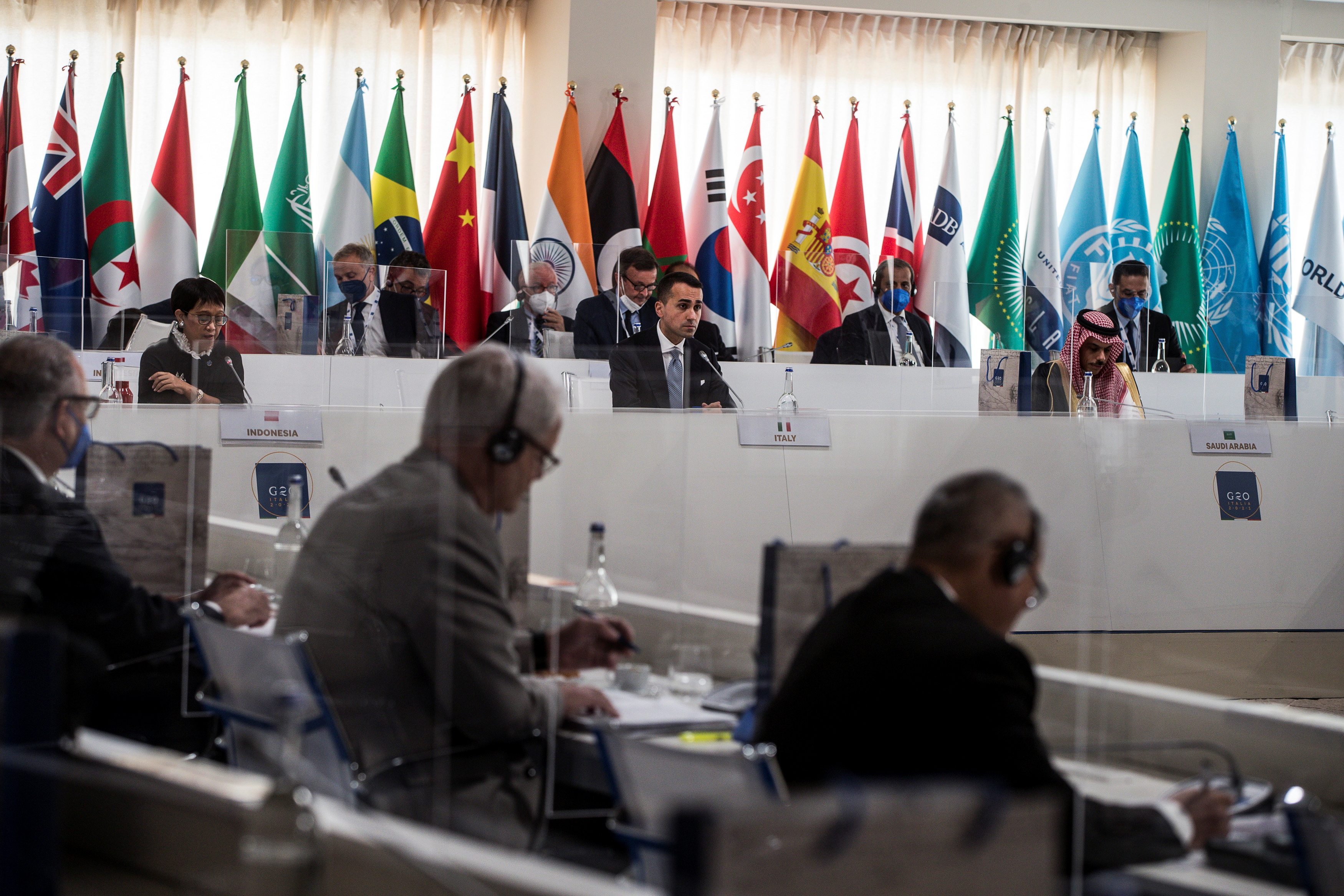 Foreign ministers from the Group of 20 major economies met face-to-face on Tuesday for the first time in two years, with host Italy aiming to push multilateral cures for global crises like the COVID-19 pandemic, Reuters reported.

The one-day gathering in the heat-soaked southern city of Matera will include debate on how to improve cooperation on an array of issues including global health, the climate emergency and international trade.

"The pandemic has highlighted the need for an international response to emergencies that transcend national boundaries," Italian Foreign Minister Luigi Di Maio told the gathering.

Italy, which holds the rotating presidency of the G20, has said particular attention will be paid to Africa, with an emphasis on sustainable development.

The G20 members account for more than 80% of world gross domestic product, 75% of global trade and 60% of the population of the planet. Those in Matera included the top diplomats of the United States, Japan, Britain, France, Germany and India.

The foreign ministers of China, Brazil and Australia opted to follow the discussions by video link, and Russia and South Korea sent deputy ministers.

German Foreign Minister Heiko Maas said he would raise his unhappiness at the way he thought China and Russia had offered their vaccines to boost their standing with certain countries.

"(This) is not about achieving short-term geostrategic advantages," he said before the meeting.

U.S. Secretary of State Antony Blinken reiterated the importance of bringing vaccines to poorer countries that might struggle otherwise to obtain doses.

"To bring the pandemic to an end, we must get more vaccines to more places," he said.

He said the health crisis had worsened economic inequality worldwide, and the G20 would continue to help low-income countries address "their significant debt vulnerabilities'.

Italy, which is home to the U.N. food and agriculture agencies, has invited development ministers and wants to bring global food security and nutrition to the forefront.

Given the broad range of countries in the G20, getting agreement can be difficult, but analysts said the fact the ministers had resumed in-person meetings and were rallying to the cry for greater cooperation was important.

"It is difficult to expect concrete results from Matera," said Antonio Villafranca, director of studies at the Institute of International Policy Studies.

"But reaffirming multilateral commitment and understanding on those issues that states could converge on, in a climate of growing international tensions, would already be a result that should not to be underestimated."