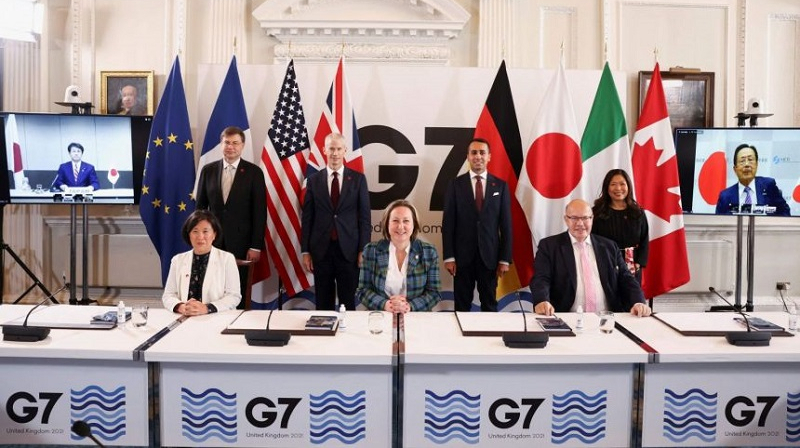 The Group of Seven wealthy nations agreed on principles to govern cross-border data use and digital trade, Britain said in what was described as a breakthrough that could liberalise hundreds of billions of dollars of international commerce, News.Az reports citing Reuters.

Trade ministers from the G7 reached agreement at a meeting in London on Friday.

The deal sets out a middle ground between highly regulated data protection regimes used in European countries and the more open approach of the United States.

"We oppose digital protectionism and authoritarianism and today we have adopted the G7 Digital Trade Principles that will guide the G7's approach to digital trade," the communique published by Britain said.

Digital trade is broadly defined as trade in goods and services that is either enabled or delivered digitally, encompassing activities from the distribution of films and TV to professional services.