Georgian embassy in Azerbaijan issues statement amid riots in Batumi 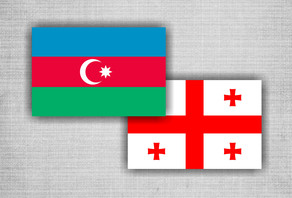 Arrest of 6 offenders was followed by street protest, which later transformed into massive act of vandalism.

The Embassy of Georgia in Azerbaijan has issued a statement in connection with massive violent behavior took place in Batumi on March 11-12, 2017. Arrest of 6 offenders was followed by street protest, which later transformed into massive act of vandalism.

The violent behavior was also encouraged by political statements of the opposition and the protests were organized in other cities of Georgia as well.

Government has effectively managed to prevent further escalation and stepped up the peace and order in Batumi.

"There can’t be the slightest impunity for all these individuals. Their violent acts can’t be tolerated. These individuals should know that they will be tirelessly pursued and handed over to the judicial authority, as demonstrated by the arrests in Batumi, so that justice is served and these violent individuals are punished", the embassy said.