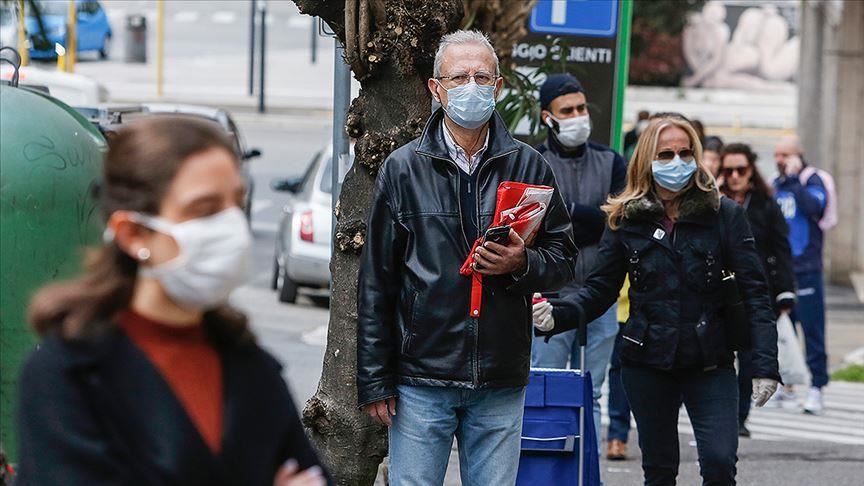 The number of new COVID-19 infections in Germany exceeded 200,000 in a day for the first time on Thursday, hitting staffing at companies including Lufthansa Cargo, News.Az reports citing Reuters.

The Robert Koch Institute for infectious diseases reported 203,136 positive tests in the last 24 hours, 69,600 cases more than the same day a week ago.

The rising number of infections has led to staffing shortages in sectors including logistics, healthcare and child care.

Airline group Lufthansa's cargo arm said a staffing crunch at its hub in Frankfurt meant it was currently unable to handle sorting of loose freight from the United States, Canada and Europe.

"Despite comprehensive preventative measures, we are now clearly feeling the rising infection numbers," Lufthansa Cargo told Reuters on Thursday, adding that up to 15% of cargo at Frankfurt was affected by delays.

It said its flight schedule was unaffected, as was transportation of time-sensitive goods such as organs for transplants or temperature-controlled cargo.

Rival DHL said its operations in Frankfurt and Leipzig were still running smoothly.

The German Hospitals Federation had warned earlier this week that three-quarters of hospitals were reporting higher than usual numbers of staff out on sick leave.

Around 75% of the German population have received at least one dose of a COVID-19 vaccine - less than in western European peers such as France, Italy or Spain, where the equivalent figures are 80%, 83% and 86%.

German lawmakers debated on Wednesday whether to impose compulsory COVID-19 shots, while protesters gathered outside the parliament building.

Chancellor Olaf Scholz backs compulsory vaccines for over-18s but his coalition government is divided on the issue and he has told lawmakers to vote according to their conscience.

Many lawmakers, including some from the coalition's junior partner, the liberal Free Democrats, oppose mandatory vaccines, arguing this violates the second article of Germany's constitution that guarantees citizens control over their own bodies.