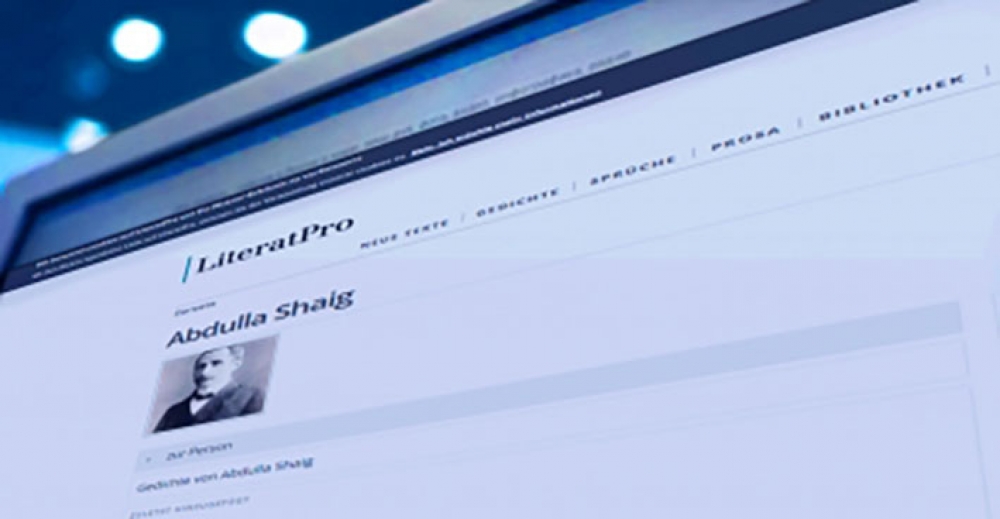 An influential German language literature portal, “LiteratPro”, has posted poems by famous Azerbaijani poet Abdulla Shaig, such as “Appeal to Our Century’, ‘We Are All Rays from the Same Sun’ and ‘Forward’, as part of the “Azerbaijani Literature in a Virtual World” project.

The portal also provided detailed information about the poet.