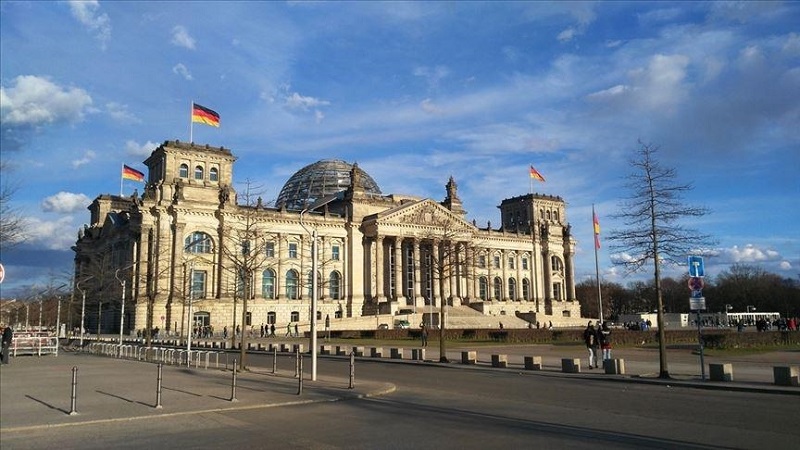 Germany on Wednesday remembered the victims of the Holocaust with a ceremony in parliament attended by representatives of the Jewish community and the country’s political leaders.

In his address, parliament speaker Wolfgang Schaeuble said that during Nazi rule, millions of Jews and other minorities suffered persecution and were killed in death camps across German-occupied Europe.

“Every year, on Jan. 27 we remember all the victims of national socialism [Nazism],” he said, marking the 76th anniversary of the liberation of the Auschwitz death camp by the Soviet Army on Jan. 27, 1945.

“Today we remember the European Jews, Sinti, Roma and the Slavs, the forced laborers, and the prisoners of war who starved to death. We remember those who were persecuted and murdered for political or religious reasons.”

Schaeuble said decades after the Holocaust, Jewish life has become common again in the country with the immigration of thousands of Jews, who became an integral part of today’s democratic and culturally diverse Germany.

But he also warned that the country still has racism and anti-Semitism problem, despite its World War II remembrance culture.

“In our country, anti-Semitism and racism are being expressed openly again, in an unscrupulous way, and with violence,” he said, referring to the rise of far-right movements in recent years.

Schaeuble said it was “shameful” for Germany that many Jews are hiding their kippahs and withholding their identity, and some are even planning to leave the country.

“Our culture of remembrance provides no protection from blatant attempts to reinterpret history, or even from the denial of the historical facts, nor does it protect against new forms of racism and anti-Semitism spreading in schoolyards, Internet forums, and conspiracy theories,” he said.