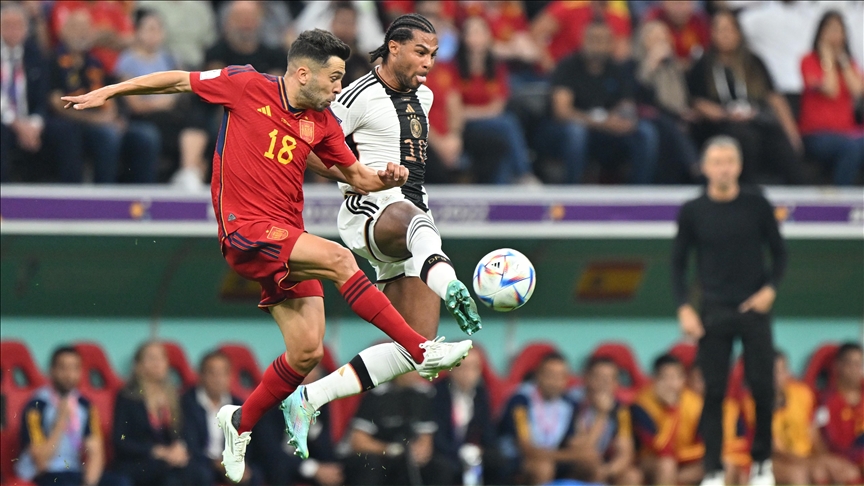 Germany were held to a 1-1 draw with Spain on Sunday, enabling them to keep their World Cup dreams alive in Group E.

Neither team was able to break the deadlock at Al Bayt Stadium.

Spain opened the scoring when Alvaro Morata made a close-range finish in the 62nd minute.

But Germany leveled with an 83rd-minute goal from Niclas Fuellkrug and the match ended with a 1-1 draw.

Spain are atop the standings with four points while Germany are at the bottom of the group with one point.

Japan and Costa Rica have collected three points each so far.

On Dec. 1, Spain will face Japan, while Germany will take on Costa Rica