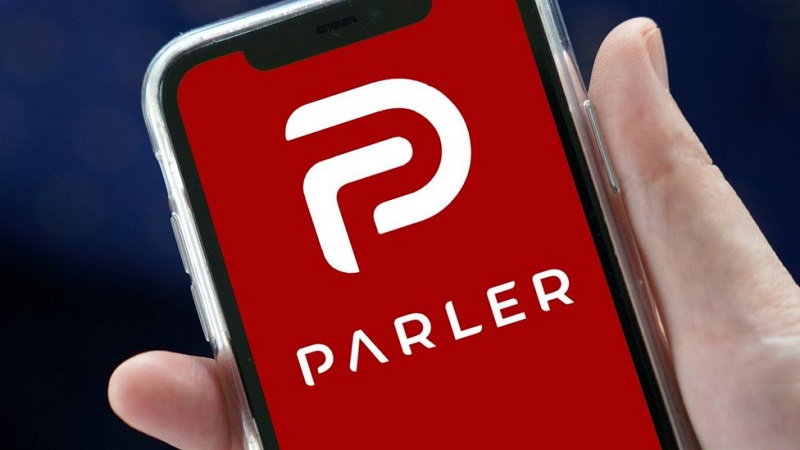 Parler styles itself as "unbiased" social media and has proved popular with people banned from Twitter.

But Google said the app had failed to remove posts inciting violence.

Apple has also warned Parler it will remove the app from its App Store if it does not comply with its content-moderation requirements.

On Parler, the app's chief executive John Matze said: "We won't cave to politically motivated companies and those authoritarians who hate free speech!"

Launched in 2018, Parler has proved particularly popular among supporters of US President Donald Trump and right-wing conservatives. Such groups have frequently accused Twitter and Facebook of unfairly censoring their views.

While Mr Trump himself is not a user, the platform already features several high-profile contributors following earlier bursts of growth in 2020.

It briefly became the most-downloaded app in the United States after the US election, following a clampdown on the spread of election misinformation by Twitter and Facebook.

However, both Apple and Google have said the app fails to comply with content-moderation requirements.