Government’s crisis communications during the pandemic 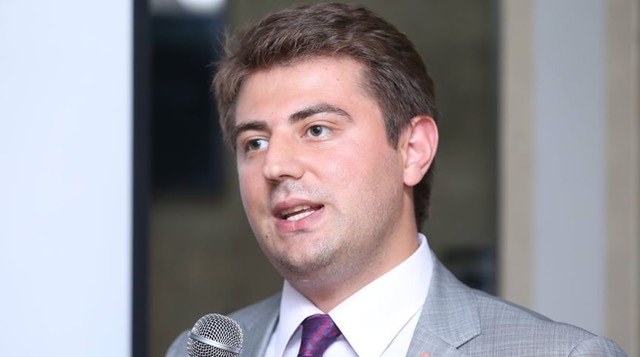 The period of COVID-19 pandemic, which has been spreading since the first months of 2020, was a chance for the government to advance its crisis communication strategy, test and apply, as well as improve different tools. At the same time, the period of fighting the pandemic visually showed the significance of government communications and characterized communications as one of the essential elements of the crisis management. According to the UN DESA, government needs to provide accurate, useful, and latest information to people during the crisis. Why government? Because the government pursues systematic and coordinated measures in connection with a pandemic and crisis. In this regard, public confidence is formed on the basis of reliable information, people can make correct decisions, which allows the state to take concrete steps to reduce the impact of the epidemic.

It is undeniable that the delivery of digital information to the population and offering digital public and private services have never been so significant and available as it is today. The period of combating the pandemic has tested the management ability of countries during the crisis, creative solutions in the provision of public services, and organization of crisis communication, the ability to use digital technologies.

So as to take coordinated, systematic, and effective measures in fighting the pandemic, the establishment of Operational Headquarters under the Cabinet of Ministers can be considered as a correct step. It should be noted that there is no vaccine against the COVID-19. Therefore, one of the Task Force's main activity directions is to organize prophylaxis and achieve citizens' participation in this process. No prophylaxis measures will be effective without the confidence and involvement of the citizens. For this purpose, the Operational Headquarters should demonstrate a single government communications model for effective contact between the state and citizens to organize the public relations correctly. In this sensitive period, it's necessary to establish a coordinated communication between central and local executive powers to provide operative, comprehensive, and accurate information to citizens. Daily information policy of the Task Force, continuous briefings and press conferences jointly with representatives of other state bodies, live broadcasting of these conferences through social media, and local TV channels aimed to inform the population accurately and timely. Visual infographic introductions of geography, and statistics of the coronavirus cases, data-driven decision-making process and management approach can be assessed as professional indicators of crisis management.

As for the process of propaganda to inform the population with the participation of State Agency for Compulsory Health Insurance, we see enlightening videos and posters on TV channels, other media outlets, internet space and social media, mass SMS notifications, street posters, and propaganda banners. Executive power structures inform people in densely populated areas, city and district centers, religious leaders, well-known figures are continuously enlightening people about the pandemic through social media and television. Participation of state officials in social campaigns organized by country-based offices of international organizations can also be considered as a successful communication. The social campaigns "Stay Home" and "We are stronger together" are the model of the most successful government communications, realized by all state and private organizations, media, and civil society.

Taking into account the quick spread of fake news on social media and some media outlets in Azerbaijan, the Task Force immediately responded to such disinformation efforts and prevented fake news. After www.koronavirusinfo.az portal, created by the Task Force for prevention of the spread of the coronavirus, prophylaxis of the disease, enlightening people, the next noteworthy communications, and precaution is "E-tabib" application. This application, which was successfully tested in many countries, should be promoted by the citizens. The role and accuracy of the application in the prophylaxis measures will be known in the close future.

- The government has mobilized all communication tools to inform the people instantly, prevent a psychological tension in the society, manage the process with minimum loss. Without the confidence and participation of citizens, it will be complicated to reduce the spread rate and geography of the pandemic. In this regard, the Task Force must deliver the messages in the way of drawing the attention of the population and making them credible for people.

- Along with supporting the efforts of the state, the citizens should also understand that the effectiveness of the measures does not depend on only the efforts of the government. Achievement of success and reduction of loss to a minimum also depend on people's responsible behavior and obeying the rules. Of course, blaming citizens and passing the buck to them should be stopped. The communication must be established in accordance with the creation of a success story, not towards a panic. In other words, the citizens should feel like an army than can act like a hero in a war, not an army subjected to attack. After this, every citizen will have participated in the process of prophylaxis and fight.

- The Task Force should take into account the proposals of active faces of the society, initiatives of civil society, explore the enlightening process, or increase the component of the analysis because the reasons for widespread of the pandemic and improvement of the fight against it need a scientific approach and research. Along with state officials, the medical professionals, which are respected by society, must regularly clarify the issues, which cause discomfort in the society, on the TV channels.

- As people's norms of behavior and lifestyle are different in many societies, countries have specific strategies to combat the pandemic. Certain national traditions regarding social distance and traditional behavior type contribute to the spread of the virus today, and the delivery of messages by respected people for citizens to avoid it may increase the effectiveness of information. For example, hand-shaking, kissing, staying too close are typical behaviors for Azerbaijan. Italy also carried out propaganda in this direction and called on people to avoid close contact.

- Mobile operators can call on people via push-notifications to avoid density by automatically identifying the number of people through geolocation. For those who don't have or have low access to the internet, efforts must be mobilized in accordance with the geography of the spread of the virus, and specific communication measures must be taken according to the areas where the virus spread widely.

- In the end, every Azerbaijani citizen, while assessing or criticizing the steps of the Azerbaijani state, must understand that the fight against COVID-19 is within the realities of the period of war. This is a global war, and Azerbaijan cannot escape the war soon and easily. Of course, it is still difficult to say something about the origin of the virus, and people will understand the essence of the happenings after some important secrets become apparent. We need time and must make a joint effort to end this process with minimum loss. We are sure that the state will fulfill its duties successfully by establishing a correct communication with citizens, creating a thriving environment of solidarity and cooperation with citizens, and our nation will pass this exam with honor as a result of a reasonable policy.

Rzayev Sabuhi, a lecturer at Public Administration Academy under the President of Azerbaijan, a graduate of the University of York, UK.