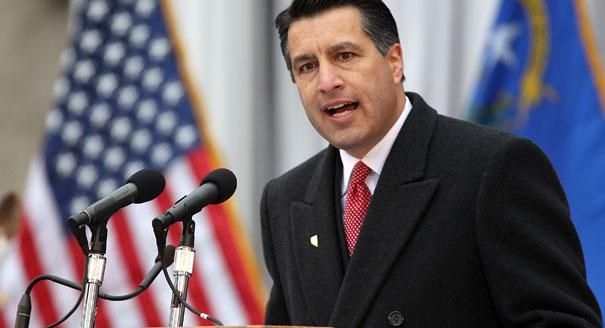 The Governor of the U.S. State of Nevada, Brian Sandoval, signed a document remembering the Khojaly Tragedy of Azerbaijan.

The document was sent to Azerbaijan’s Consulate General in Los Angeles, which also covers the State of Nevada, APA reports.

Khojaly Tragedy refers to the massacre committed by Armenia’s army against Azerbaijani civilians on Feb. 25-26, 1992 fleeing the town of Khojaly in Azerbaijan’s Nagorno-Karabakh region. The mass killing, called by the Human Rights Watch the “largest massacre in the conflict” between Armenia and Azerbaijan, resulted in the murder of over 600 Azerbaijani civilians, including around 250 children, women and the elderly.

Stating that this document is presented in honor of the Khojaly Remembrance Day and in memory of the victims of the Khojaly tragedy, the Governor says: “The State of Nevada joins you on this day of remembrance, and recognizes the need for understanding, communication and tolerance among people around the world.”

This is the first official document signed by a Nevada Governor on the Khojaly Tragedy.